How to Correct Your Misspelled Name on Iqama

89 Dos and Don’ts in Saudi Arabia

A Brief Guide to Ramadan for Non-Muslims

Why Are Non Muslims Not Allowed in Mecca and Medina?

Riyadh Among 50 Safest Cities in the World

How to Apply for Permanent Family Visa in Saudi Arabia

For first time Saudi expatriates, it is important for one to check the information written in his or her Iqama. An individual must do the following as soon as he or she receives his or her Iqama:

It is important for Saudi expatriates to know that when there is an inconsistency in the Iqama, no matter how minor it may be, will result to the following consequences: 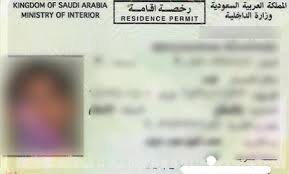 In case an Iqama has a misspelled name, the holder of the Iqama must immediately have it corrected. He or she should: