Advantages of Living in Ajman, UAE

Unmarried Couples Living Together in Dubai

How to Sponsor Dubai Residence Visa for Your Family

Relocating in Dubai to start a new job and a new phase of life is an exciting prospect. Moving to Dubai, or any other city in the United Arab Emirates can be a daunting place to some expats relocating for new career life. Expat life in Dubai — or the Middle East as a whole can be fraught with culture shock, especially from more liberated western societies.

Everyone makes mistakes. Newbies in school. New joiners in the company. Or new expats moving to a new country. We learn from mistakes, but we don’t have to commit mistakes to learn something. Listing the common mistakes expats in Dubai make might help you avoid them once you arrive in this wonderful place.

Fail to research about local law/culture

Dubai may be a culturally diverse place with roughly close to 85% of the population are foreign expats, mostly lowly-paid workers from South Asia. But let’s not forget that Dubai embraces Islam and certain laws need to be respected by non-Muslims. For example, dressing appropriately — sleeves covering at least upper arm for women, for example — should be practiced. The consumption of alcohol must only be made at permitted venues. Also, during the holy month of Ramadan, learn how to respect the practices of Muslims during fasting hours, resting and other activities. 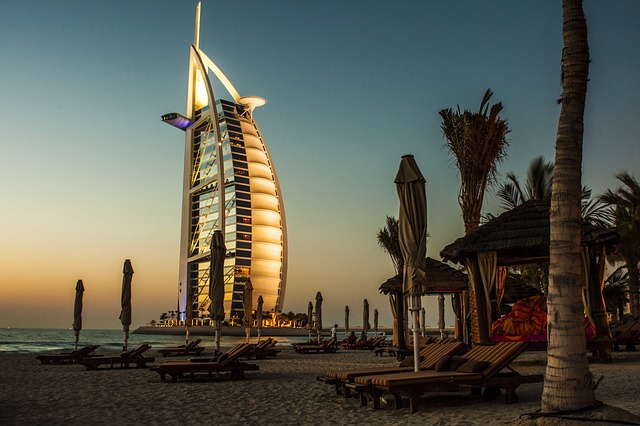 It is also important to know the laws (social media, traffic, kissing in public and so on) imposed in Dubai. For example, it is forbidden to film or photograph people without prior permission.

Expats are foreigners in this land, so they are supposed to adjust and adapt to the lifestyle of locals, including cultural differences such as language, food, and traditions.

Do not read employment contract details

Some expats assume that as newcomers they are given more leeway when they make mistakes in understanding job details. What are the standard office hours or days? What is the standard notice period I should follow if I wish to change jobs?

What do new terms like a limited-term contract mean? Apart from these things, also be aware of labor laws that protect the rights of workers and usual privileges granted to workers such as holidays, overtime wages, office perks as well as when are salaries paid.

Tend to get lazy over Dubai’s conveniences

The convenience of life in Dubai — coupled with extreme summer weather — drives many expats to feel lazy. Meals via food apps are promptly delivered and grocery shopping done online. This can isolate expats rather easily instead of taking the opportunity to meet up people and build a circle of friends and build business connections and networks.

Have little or no control over alcohol consumption

Despite appearing liberal and relaxed, Dubai’s Islamic laws prohibit the consumption of alcohol (except in certain areas) and appear inebriated in public. Unlike fellow Islamic and ultra-conservative Saudi Arabia, Dubai allows certain places such as hotels and liquor bars to serve alcohol to patrons. Those caught violating local laws face legal consequences and maybe jailed, fined or likely deported, thus cutting short what was once a promising career as an expatriate.

Imagining a tax-free (until recently) salary can be overwhelming especially to those whose salaries back home are heavily taxed. But you’ll soon find out that Dubai’s lifestyle has its ways to keep you from saving. Regular indulgence of expensive restaurant bills and exorbitant costs of entertainment can easily drain your finances, potentially leaving you poorer than the time when you arrived. Ensure that your bills keep up with your expenses such as household grocery, transport, utility bills and so on, and save extra for an emergency fund.

Go unprepared before getting a taxi

Dubai is a modern city but not everything there is modern. For example, not all taxicabs are equipped with GPS and some drivers are fairly new in the job they often rely on directions of passengers. If you are already familiar with the route then you’ll be this driver’s navigator in a complicated road system. But if you are also a newcomer, it can be a pretty daunting task. And let’s not get into the shift system among drivers who change shifts at the same time.

So get a contingency plan ahead, whether taking other public transport options, allocating more time for travel or asking someone for better alternatives.

Get into the ‘Dubai Stone’ lifestyle

Dubai Stone is a term loosely associated with the weight put on by expats as they move to Dubai. A stone, in the British language, is roughly 14 lbs. It’s not hard to imagine the reasons behind the weight gain. The tendency to skip a physical workout, tendency to adopt an unhealthy lifestyle. Also, the erratic work schedule creates a vicious circle of eating late and sleeping late, and contribute to the infamous Dubai Stone.

To address this, get a balanced life and look after your health. Cut on take-away and processed foods and make a habit to eat home-cooked meals. Get enough sleep and plenty of exercise. This should apply whether you are an expat in Dubai or not.

Get touchy/feely with the opposite sex in public

Dubai is an Islamic society and its laws are to be followed by the faithful and respected by non-Muslims. This means that initiating contact with the opposite sex while in public is not okay. This also means overt displays of public affection are frowned upon. Expats are often caught with such ignorance and are dealt with by authorities. Even in a modern society such as Dubai — younger Emirati husbands hold hands with wives can be observed, though rarely — local laws (dress codes, behavior towards the opposite sex, and so on) apply to all.

One mistake expats usually make is that they are only confined to the people they associated with at work. In a diverse city like Dubai, there are plenty of opportunities to meet people from different backgrounds and cultures. Dubai presents this great opportunity. You can expand your network by connecting with others outside of your workplace.

You can join groups of expats from your own country, or general meetup of other foreigners through fitness gyms or do volunteer work. Or perhaps visit the markets, explore other attractions and through these experiences, you’ll learn more about Dubai and meet more like-minded individuals.

Unless you intend to stay in Dubai for a long term, time is of the essence to get to know this Emirate and its people.

Fail to understand practices during Ramadan

The holy month of Ramadan requires all Muslims to fast from sunrise to sunset. This means abstinence from food and drink for 16 straight hours. While non-Muslims are not required to observe such restrictions, it does not mean they are allowed to eat and drink in public during fasting hours. When food outlets are open, it does not mean we can there. Food purchased must be discreetly taken away and consumed privately.

During this month, the use of water bottles in malls is frowned upon and openly drinking may attract the attention of the police or security folks. This can be a challenging time for newcomers since Ramadan falls under the hot summer season in Dubai.

Out of curiosity, expats may be tempted to ask about how the government works, who rules the UAE and so on. But in a society like in Dubai, it’s best to defer discussion about religion, politics, sex and other sensitive topics to a private setting, especially with a local. Dubai has shown tolerance towards people across different cultures. For example, if you’re a Christian, you can visit churches, and that followers are permitted to practice their religion. But it’s also expected that expats offer the same level of tolerance towards beliefs of other religion, how the government is being ruled, and avoid taboo topics from being discussed in the open.

As an expatriate in a new place, we are expected to spend time research and adjust based on the culture of that place. This applies to Dubai and any other city where expats relocate. The lifestyle might be different from what you are accustomed to.

Sometimes we don’t agree with the culture and traditions, but what’s important is that we respect them. Mistakes are made but can be avoided. After all, Dubai has welcomed us with open arms so returning the favor is a noble thing to do.