9 Manners Filipinos Should Learn to Adopt

Can I Transit to Canada Without Visa?

How to Apply for NBI Clearance in Canada

How Live-In Caregivers Can Apply for Work Permit

Let’s explore Vancouver neighborhoods, and hopefully, our description of each will help you decide where to settle down. Moving from another city or migrating from another country, relocating to Vancouver can be a precarious prospect, mainly from an economic perspective. As a consistent occupant in the list of most liveable cities globally, it pays to be a resident of Vancouver.

Although the high cost of living is undoubtedly an intimidating aspect of moving to Vancouver, there are certainly cheaper options not far from this West Coast city.

Whether you seek rental property close to your workplace or are looking to live in a neighborhood where there is a strong sense of community, Vancouver has these residential neighborhoods that tick such checkboxes.

Ideal for couples with different workplaces — say one downtown and another somewhere south, Fairview has easy access to downtown by car, bus, or bike. Meanwhile, a few roads that lead to the south are part of the neighborhood. Moreover, two Canada Line subway stations — Olympic Village and Broadway – City Hall — are also part of the neighborhood, providing easy access to Vancouver airport and other points of interest in the city.

Living in Vancouver downtown can quickly get costly especially if you have a limited source of income. But affordable apartment housing a bit further from core Vancouver downtown can still be found. Accessibility makes it a sought-after location and, therefore, an expensive option. From here, you are only a few minutes away from the central shopping district of Robson Street and Pacific Centre Mall, the office business district, as well as Granville Street’s entertainment district.

The West End, in the downtown area, is the most diverse of the downtown Vancouver neighborhoods. It’s where a mix of Canadians, immigrants, and short-term visitors make this area create a more community feel. Housing is also a combination of townhouses, high-rise residential units, duplexes, and vintage heritage homes.

The vicinity contains the famous Stanley Park and is close to the ocean. In addition to the quick downtown commute, these features make it a sought-after spot for start-ups, entrepreneurs, and other business-minded individuals. If you seek Vancouver neighborhoods situated close to the office while staying within the people’s energy, this place might suit you best.

Kitsilano, also popularly known as Kits, is located conveniently close to Kits Beach — named one of the best beaches globally — and scores high marks for being an engaged community.

In contrast to other Vancouver neighborhoods, Kitsilano has a mix of outdoor recreation opportunities and a focus on organic foods and healthy living. It is one of the city’s organic food hubs and has extensive restaurants and retail along West 4th Avenue and West Broadway.

Locations closer to the beach are more expensive. But the further away and the closer to the University of British Columbia you go, the prices become more affordable.

A neighborhood converted from a 19th-century rail yard into a trendy location with upscale restaurants, boutique shops, and access to False Creek marina. The vicinity boasts high-end restaurants and stores and has access to the marina for those who own boats.

Yaletown could be Vancouver’s best place to live in terms of accessibility and location, and it’s also one of the more expensive and already occupied neighborhoods. That’s because of its desirable access to downtown business establishments and the busy culture downtown.

There are not too many vacancies available, which explains the expensive location for newcomers to settle in.

If you are looking for a place with a slower pace of life, Kerrisdale residential neighborhood might be a place you’ll like. Its population mainly consists of long-time residents, and the neighborhood streets feature sweeping, grand old trees. 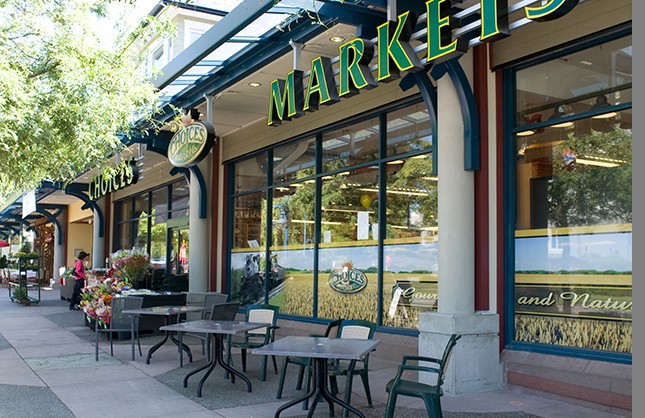 Kerrisdale features a mix of newer houses and older bungalows and various low and mid-rise rental and condo apartment buildings in its northern section. The neighborhood is an ethnic mix of Caucasian and Asian Canadians — many of whom are affluent immigrants who have fled from Hong Kong in the mid-1980s in anticipation of China’s take over from British rule.

Its residents are a mix of professionals, wealthy Chinese, and students renting basement suites or more inexpensive apartment blocks to attend nearby schools. The area is also home to elderly residents.

The University of British Columbia neighborhood has become one of the more popular Vancouver neighborhoods, lending the educational institution to attract students and professors. More than just mid-term housing for students in the area, the UBC neighborhood’s location on the west of Vancouver saw an increase in residential buildings, service providers, and shops. 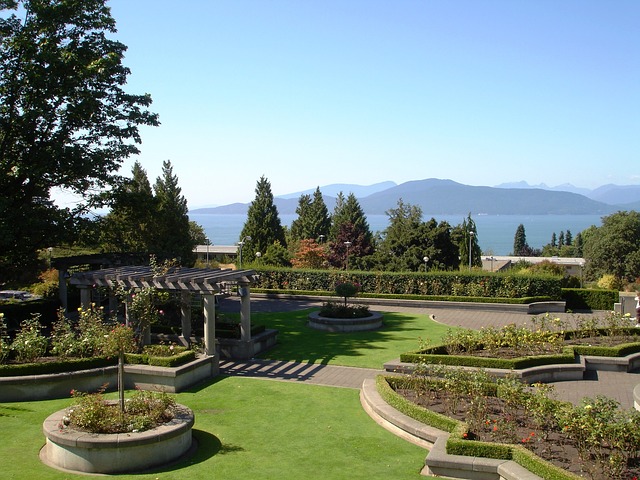 The university grounds cover an area of almost 1,000 acres and accommodate nearly 35,000 students. It offers excellent access to public transport and many local beaches (Wreck, Spanish Banks). This area is trendy with students on short-term work permits searching where to live in Vancouver. The nearby endowment lands of the University offer beautiful nature and walking trails.

The area is rapidly expanding, becoming more valuable, especially as the UBC subway extension is completed, giving residents in the neighborhood easy access to central Vancouver. This means the UBC neighborhood becomes even more attractive to residents who won’t mind taking the subway to central Vancouver while retaining the affordability and character of the vicinity.

Being connected by three bridges and a light rapid transit line across the Fraser River makes the Marpole neighborhood a gateway to Vancouver from the south. Boosted with its proximity to Richmond airport, it’s a high-traffic area. However, it also features residential districts that are more family-friendly — more expansive yards and fewer nightlife activities accustomed to its busier neighborhoods.

The area has a mix of residential housing, including low-rise apartments, and several major commercial streets, including shopping along Granville Street.

About 37% of Marpole residents’ mother tongue was one of the two forms of Chinese (Mandarin & Cantonese), and 42% of the area’s populace identified as Chinese as of 2006.

Located in the south-central of Vancouver, Oakridge is a relatively young community, constantly evolving and growing in its features and makeup. Oakridge is a bustling area—a mix of residential neighborhoods, a busy shopping mall, and a comprehensive college institution.

This area is also a hub for the city’s Jewish community. A significant landmark is the Oakridge Centre mall – Vancouver’s first shopping center – which is perhaps the most essential draw bringing people into the neighborhood. For almost a century, Langara Golf Course has drawn golfers to the area. Oakridge is in south-central Vancouver, south of the gorgeous VanDusen Botanical Gardens.

Langara College, which delivers educational services to more than 23,000 students, is located in Oakridge on West 49th east of Cambie.

The city is conducting a “master planning” process for the Oakridge Centre area, potentially increasing retail, residential, commercial, office, and community uses on the site.

We hope you have found an area that fits your preference, character, economic background, and lifestyle. But, despite the listings above, it’s not unusual if you still haven’t figured out which of the mentioned Vancouver neighborhoods to live in.

If you are unsure, it’s always best to speak with people living in each area, friends or family members who have settled in, or online forums before deciding where to live in Vancouver.

Unsure if a website is a legitimate immigration consultant or an immigration fraud looking for its next victim? Immigration or...
Migrate to Canada

Renewing Your Philippine Passport in Vancouver