You might be in line for a few farewell parties with friends and relatives prior to your flight to New Zealand. With your visas sorted, air tickets sorted and your luggage all set, you are left to count the days before your flight. There is excitement but also there is anxiety on what to expect when you arrive in the country.

Hopefully, the following things you need to learn about New Zealand helps you prepare for your new life there. 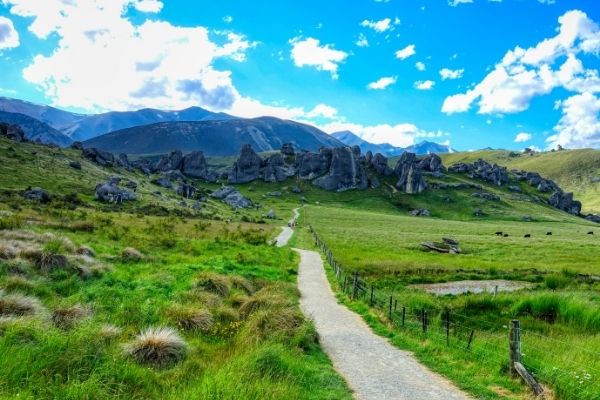 You might have heard rumors of the famous New Zealander hospitality and friendliness but all of the rumors do not compare to actually having to experience how New Zealanders treat their guest. Some of you might think that this is an exaggeration but I guess, you just have to actually go there and experience it for yourself.

This helps you build confidence that as a newcomer you won’t feel alone and that you can rely on strangers to help answer your questions or guide you where to go or what to do.

Driving is on the left side

If you came from a country whose vehicles are driven on the right side of the road, it would probably be a big adjustment to you driving a car using the left side which is the orientation of New Zealand’s roads. It might seem like it’s not much of a big deal, and it really doesn’t up until you realize that you have to do a roundabout on a double lane then that would probably be a good time to put the call on some of your local friends in case you get into an accident.

Besides dairy, meat, wine, and seafood, pretty much everything else in New Zealand is imported and thus more expensive in comparison to some countries. That being said, you should probably anticipate spending more when you arrive and get to know ways to save money in New Zealand.

The New Zealand real estate market is also red-hot as of 2021, with homes in Auckland, Wellington, Bay of Plenty, and Tasman ranked as the most expensive after double-digit growth in property prices.

It’s the land of the kiwi (people, fruit, and bird)

The word kiwi can be interchangeably used to refer to a furry, golden-brown fruit, a bird native to the country, and how locals are affectionately called. The kiwi was first just the name for a flightless bird native to New Zealand. A fruit formerly known as Chinese gooseberry didn’t seem to catch much attention has since adopted the same name. When it was also used as a slang word to refer to New Zealanders, the word kiwi must then be understood from a specific context.

Therefore, you should now be able to distinguish which is which when people talk about kiwi.

Random fact: Rental payments in New Zealand should be paid per week and not per month. This means that instead of paying for 12 monthly payments, you will pay for 52 weeks’ worth of rent for the entire year, which is slightly more money for your landlord compared to the fixed per month rate.

Almost a third of the country is a national reserve

A common photo you’ll see about New Zealand is the verdant, rolling hills, and stunning vistas or forests with lush vegetation. Up to 30% of the total land area is categorized as a national reserve. This is a manifestation of how people care about nature.

That bold declaration aligns well with the “100% Pure New Zealand” campaign that puts the country as an ideal destination for ecological awareness among young people.

There are more sheep than people

New Zealand is a country known for its livestock industry and exports meat, milk and other dairy products. Sheep in particular, are way too many that for every person living in New Zealand, there are at least 10 sheep per capita.

Earthquakes occur from time to time.

The country sits under the Pacific Ring of Fire characterized by the presence of active volcanoes and earthquakes. The 2011 earthquake in Christchurch killed 185 people.

Drinks up! But be aware of your limits.

One reminder though when socializing in New Zealand: try not to drink too much than what you can handle. New Zealand is strict when it comes to implementing its rules for drinking in bars and clubs.

Its magical natural scenery is an understatement.

It is needless to say that New Zealand is also nothing short of perfection when it comes to its beauty. The fact that it basically passed for a place where a hobbit and a hundred-year-old wizard and a hobbit lives for a setting says how magical this country is and despite some of the drawbacks, visiting New Zealand is worth it.

How to Apply for Australia Visit Visa for Parents

How to Apply for Australia Visit Visa from the Philippines