Hong Kong is one of the most popular destinations for Filipino domestic workers. With its close proximity to the Philippines, relatively higher wages for domestic workers over other countries employing maids and is home to a large Filipino community.

However, as protests have been ongoing for the past several weeks, domestic workers have also felt the impact, even though they haven’t joined the anti-government action and have the choice to keep themselves away from trouble.

Unable to take their days off

Protest actions often escalate during weekends, when participants are often taking time off from work or school. This coincides with the only designated day off for the week for many of Hong Kong’s foreign domestic workers. This means while helpers are still free to go out and about their day — meet friends, go to church or send money to families in the Philippines — it’s not as safe to stay outdoors as it used to be.

The Philippine Consulate General, for instance, issued an advisory on where protests will be held and constantly remind them to take extra caution. It’s better to be safe than sorry, so Filipino helpers will likely choose to stay within the safety confines of their employers’ premises.

Risk of getting caught in the middle

Protesters did not only encounter resistance from the Hong Kong police nor the water cannons designed to suppress violent actions. They also had to deal with pro-government supporters or the alleged triad members who beat up people reportedly based on the color of their shirts. Wearing a black shirt was identified with one group while another group was identified with their white shirts.

At one point, a Filipino man who works at Hong Kong Disneyland was reportedly arrested. It sent shivers within the Filipino community, as he could have been misidentified as part of the protester group based on the color of his shirt.

Exposure to hazards of protest action

Protest actions have taken place across various areas in the territory. From Yuen Long to Causeway Bay, and Mong Kok to Central, violence erupted as protesters clash with anti-riot police and destroy properties like commercial establishments and public transport. 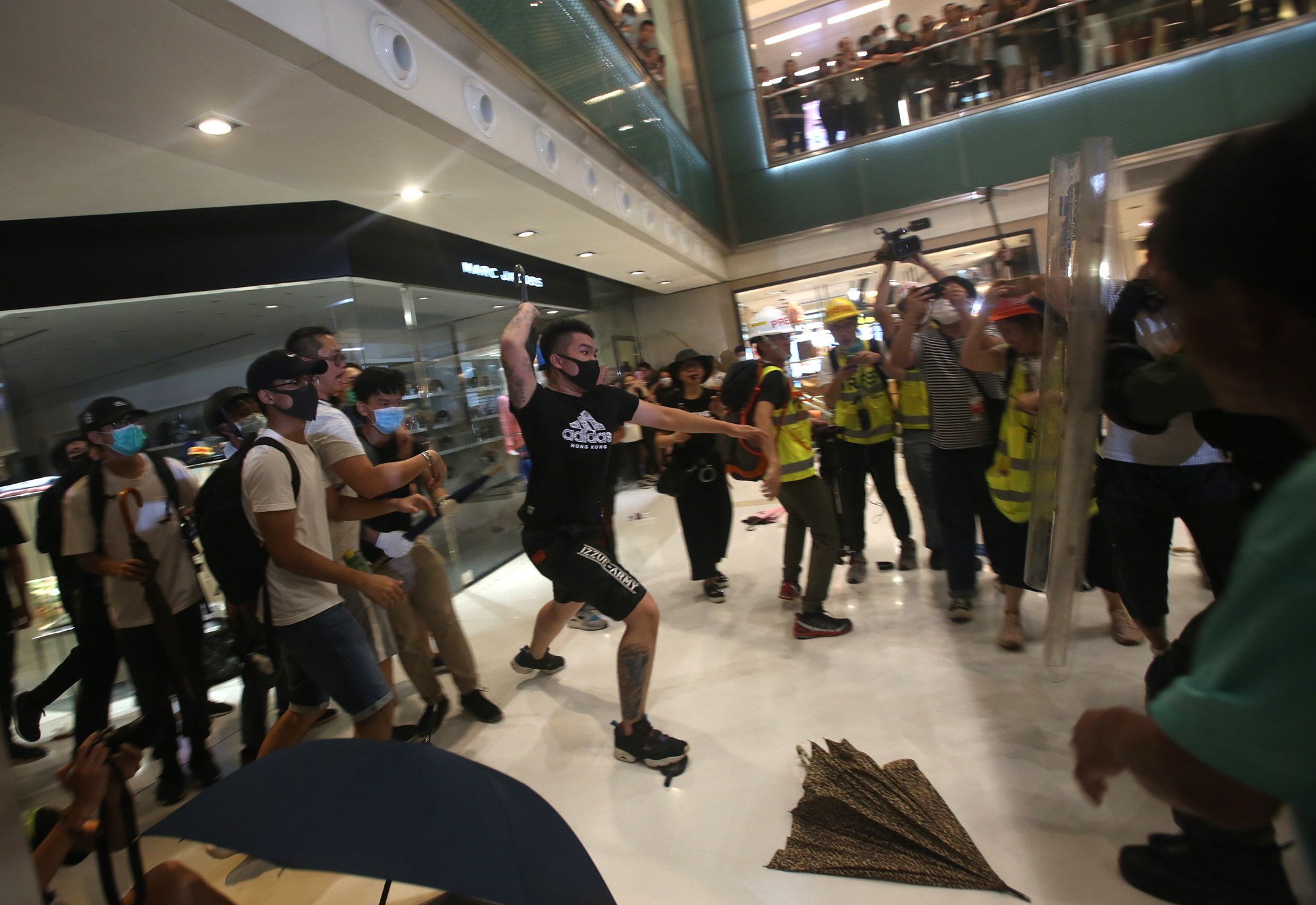 Shutting down the MTR, the backbone of the city’s transport system brings inconvenience. Also, if clashes take place within the neighborhood, smoke from tear gas brings stinging sensation and detrimental to those with respiratory problems.

Protests, like seasonal typhoons, likely prompt domestic helpers to stay at their employers’ homes for the sake of their safety. But this also brings another conundrum: they’ll be with their employers (and their kids) at home.

It’s not a secret that domestic workers would prefer working on their own and not in the presence of their employers. But with everyone seeking refuge at home from the street battles, domestic helpers have little to no choice but bear the situation. And while at home, they’ll feel uneasy to just hang around and get some rest on their day off. In the end, they’ll end up working extra hours with no extra pay, no thanks to the protest actions.

Risk of losing their job

The protest actions have been going on for several weeks already, with no immediate signs of easing up. It has already dented the economy with fewer tourists arrivals, a decline in the stock market and lackluster retail market. Some companies have asked employees to take unpaid leaves, and there were also redundancies. Such a bleak economic situation could signal more job layoffs not only for Hong Kong employees but also for the domestic workers they employ.

Filipino domestic workers, along with their Indonesian counterparts, are at the mercy of the ongoing Hong Kong protest actions. With uncertainties looming ahead, Filipino helpers can only hope for the best and expect the worst, prepare for the eventual outcome and just let the situation run its course.