Ramadan in the Eyes of Vulnerable, Abused Domestic Workers

Filipino Time: 6 Ways For Filipinos To Kick The Bad Habit

Free Medicines for Hypertension and Diabetes Patients in the Philippines

Ramadan in the Eyes of Vulnerable, Abused Domestic Workers

The month of Ramadan signals a change in lifestyle not only among the Muslim faithfuls but also to those whose jobs are associated with them.

From sunrise to sunset, Muslim households are engaged in purification, reflection and fasting. To many Muslims, Ramadan is also a time to gather extended family members for Iftar, the breaking of fast with generous serving of food for everyone. Feeding the hungry mouths requires extra effort, and this squarely falls under the responsibility of a housemaid — from preparing, cooking, and cleaning. 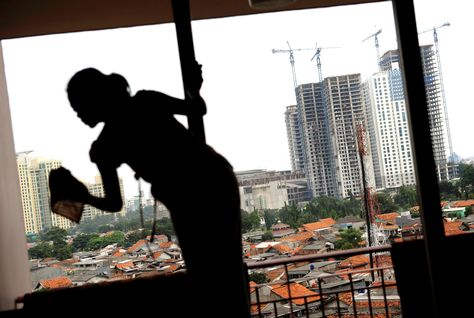 While employers enjoy moments of reflection, domestic workers, many of whom are not Muslims, experience increased pressure to do housework, extended working hours and, in some cases, violence at the hands of abusive employers.

During this period of fasting, domestic workers are bound to be “on call” in the evenings not only to cater to the food of the fasting members of the family, but also care to the elderly and young children. And since they normally perform their work behind closed doors, domestic workers composed of women and other vulnerable members of migrant workforce suffer from lack of proper enforcement of laws supposed to support them with proper working conditions and from employer abuse.

Many housemaids suffer abuse such as extended working hours, deprivation of food, rest and privacy, verbal and psychological abuse, withholding or delay of wages, and sexual assault. Victims of human trafficking are the most likely victims as they are afraid to report cases of maltreatment for fear of losing their livelihood and those who dare, often face harsh retributions from sponsors who, among others, confiscate their passports and lock them up and unable to get out of the house. Such description fit conditions of modern day slavery and the sad thing is little is done to eradicate this widespread abuse of household service workers.

Not one country has drafted legislation adequate enough to respond to protect domestic workers, most of whom come from India, Indonesia, Nepal, Sri Lanka and the Philippines. In Hong Kong, although a legislated minimum wage of HK$32.5 per hour, this does not seem consistent with the minimum wage rate received by household service workers. In Kuwait, according to Kuwait Times, each household has an average of two to three maids, not to mention cooks, gardeners and chauffeurs but this number rises during Ramadan as more work needs to be done. But while an important element in the observance of Ramadan is purification through good deeds, such tenet does not always translate to fair working conditions for employers at home.

With the kafala system in place, domestic helpers who cannot bear their conditions and escape the premises of their employers sometimes find themselves be turned over back to their sponsors; migrant maids cannot seek employment other than the people documented to be their employers/sponsors.

Many reported cases of employer abuse fall on deaf ears but the problem goes beyond that. The mere lack of recognition that the employer’s home doubles as workplace of a domestic helper, and thereby entitles her to some degrees of rights and legal obligations on the part of the sponsor. During Ramadan season, such rights are hardly enforced for the overworked helper.