A hardworking dependent of an overseas Filipino worker (OFW) achieved his dream to become an Engineer through the scholarship program of the Overseas Workers Welfare Administration (OWWA). Justine Wendell Navarez, 24 years old from Digos City, Davao del Sur availed of the Education for Development Scholarship Program (EDSP) of OWWA in 2011. He took the qualifying examination administered by the Department of Science and Technology (DOST) and became the top 9 of the overall nationwide result. He took up Bachelor of Science in Civil Engineering at the Cor Jesu College, Digos City and passed the Civil Engineering Board Exam in 2017.

His father, Roel Navarez worked as a construction foreman in a multiple project in the Middle East while his mother, Jingle Navarez is a school Guidance Counselor.

When he was still young, Justine loves dismantling his toys to see what’s inside of it. “When my mother saw what I am doing, she told me that I should be an engineer when I grow up. That habit of mine guided me to have an interest in dealing with the concept, analysis, design and construction of components. This motivates me to take up a Civil Engineering course,” he said.

According to Justine, he applied for the scholarship program to lessen the family’s financial burden. “Being the eldest, I thought of something that would help my parents in sustaining my engineering course. I had my other siblings who were also studying and need financial support. Through the scholarship grant, I had the opportunity to reach my dream,” he said. He added that the program serves as an avenue of hope for students bringing them closer to their chosen career. When asked about how OWWA changed his life, he said that the agency pointed his direction to a clearer view of his goal of becoming an engineer. “I was granted with the scholarship the year after my father came back from the Middle East. He opted to stay home and hitched sidelines he can find while my mother continued as a guidance counselor. Most of the financial burden suddenly shifted to my mother making ends meet. My dream also became dimmer, but I motivated myself to strive even more despite the challenges,” said Justine, who emphasized that through the OWWA’s scholarship program, he was given the leverage and able to reach the stage accepting his diploma.

Justine presently works as a Laboratory Engineer at Qualitest Solutions and Technologies, Inc. in Davao City, a company who mainly tests construction materials to be used in construction to ensure that they pass the quality standard. “Specifically, my field of work is soil investigation. We conduct soil drilling activity to gather Geotechnical data to be used in designing a structure,” he elaborated. Justine has worked in the company for nine months. 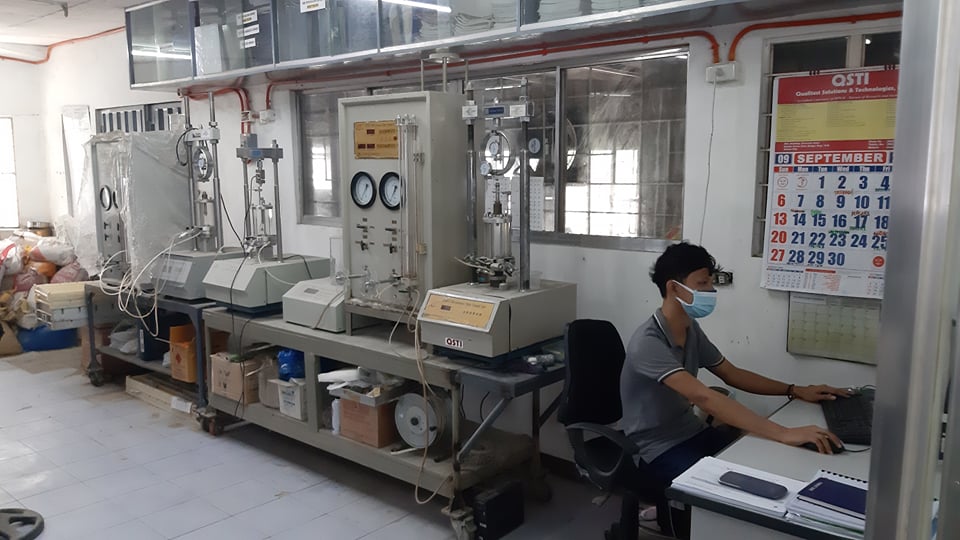 After passing the board exam, Justine worked as a part-time Instructor at the Cor Jesu College of Engineering. “I only served at the college for one semester. While working as an Instructor, I applied at Sta. Lucia Inc. as a Project Engineer for its subdivision project in Digos City. Luckily, I was hired and able to work with the company for 1 year and 8 months,” he said.

Despite all the challenges being an OWWA scholar, Justine works hard to maintain his outstanding grades. “Taking an engineering course requires patience and perseverance to succeed. I considered OWWA as a great factor in my success. With its guidance and support, I am now reaping the fruits of my labor. I extend my heartfelt gratitude to OWWA for enlightening my path during the dawn of my college life. I am hoping that they may shed their light to more OFW dependents who are aspiring to have a better education and set them towards their own career,” he said.

Now that he has reached his dream, Justine hopes to give his family a comfortable life. “My family is my strength and I will work with dignity to make them proud of my achievements,” ended Engr. Navarez. (END)

OWWA XI Provides Free IT Training for OFWs and Their Dependents