11 Safety Tips for Taxi Passengers in the Philippines

SSS Death Benefits: How Much Can Beneficiaries Get and How to Apply

First, to be clear, let us define what “decent” means in this article. It refers to a Filipina working abroad (OFW) who is not a prostitute. The job or salary does not matter.

Whether she is an office employee, a teacher, a sales staff, or a household helper — as long as she is not in the sex trade — that Filipina’s job is decent, as far as this article is concerned.

If you are a decent Filipina and you decide to work abroad, especially in an Arab country, you have to bear in mind that you are carrying a stigma. And that you will be working and living in a backdrop of prejudice related to loose morals and sexuality. More likely than not. Unfortunately, you could be mistaken for a prostitute or a low-income worker moonlighting as a hooker.

You would then have to prepare yourself for insulting remarks, degrading looks from men and women from other countries, including brazen attempts to take advantage of you.

“Indecent proposals” can be an everyday staple of a Filipina OFW’s work experience in certain places abroad. The proposal comes in different male tactics. She sits alone in a café, and someone passes a piece of tissue paper, which says, “Wanna go out? How much?” She walks on a street, a car passes by, and male passengers taunt her with “Five dinars!” (or riyals, depending on which country such taunting is practiced. And yes, that’s supposed to be her “tag price”). She goes jogging, a car trails her, and the driver ” offers a ride.” Many decent Filipinas experience this almost all the time. And sometimes, it’s hard to tolerate the insult and control the rage within.

Before we go further, let us take a look at the root cause of this perception problem. We have to admit that Pinays are working as prostitutes abroad. We can not deny that. We have no official statistics on this, but a short stroll on the streets of Dubai or Hong Kong will reveal the scope of this unfortunate truth. Economic hardships at home have forced some Filipinas abroad into plying this lowly trade. As the diaspora has widened, so has the stereotype.

Of course, prostitution, as the oldest profession, is a universal phenomenon. It seems present in every single country, though some won’t just admit it. And indeed, it is not confined to Filipinas alone. But stereotypes are challenging to change. Even if you slap some people with a UN- or ILO-certified fact sheet saying that most expat Filipinas are actually in decent, respectable careers — their perception won’t change.

Their opinion has been marred by previous experiences or by what they hear from their kind. People will believe only what they want to think in. It’s useless to explain. This prejudice is not a problem for women who are really in the sex trade. They are ready for it. They have hardened their guts for it. It is the decent women like you who have to bear the brunt of the disdain, the heckling, the danger.

However, there are things you can do to dampen the likelihood of getting such a “proposal.” You have to be careful with your behavior when in public. Courtesy is always advisable, but too much friendliness can be misinterpreted as an “invitation.” Eye-to-eye contact with men poses no problem in the workplace or a professional context, but outside of work — like in a shopping mall or on the street — eye contact, especially a lingering one, can send the wrong message and interpreted differently. A revealing attire and a flirtatious gesture may also be taken as an “advertisement.”

So it’s better to cover that skin and watch your gestures. 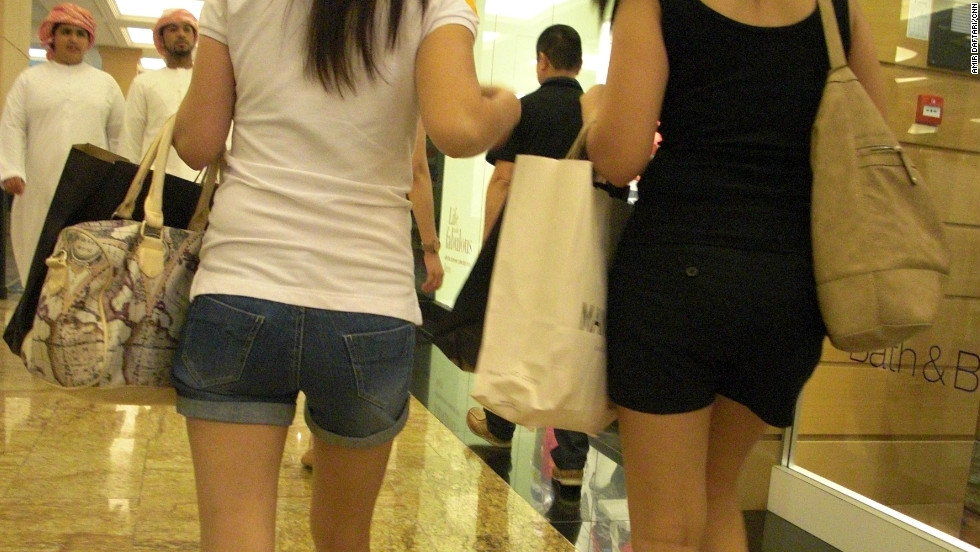 Moreover, you should avoid isolated places where shady deals usually happen. When you are alone, a conspicuously plugged earphone often discourages conversation, let alone “indecent proposals.” It will even save you from hearing unwelcome comments.

But what can you do when you get that “proposal?”

When it happens in a public place like a street or a restaurant, keep calm and make no scene when there is no imminent danger. Calmly, but seriously say, “NO.” Men who make the “offer” usually do not insist when they realize that the woman is not for it. If they do ask, then it’s time to make a little scene to attract other people’s attention. Say NO in a healthy, raised tone if necessary. Public awareness will likely make them stop and leave. As for hecklers in passing cars, you can just ignore them. It’s not advisable to yell back. By the time you have screamed your protestations, the car is gone, and all you get are puzzled or sarcastic stares from passersby.

Indeed, there are many times in your expat life when you have to control your anger. Other women choose to exchange verbal tirades when they hear offensive comments. But this may spiral out of control. For example, if the man is a local, and he felt offended or embarrassed by your reaction, he can give you a problem more complicated than a bruised pride. He can easily trace where you live and harass you to no end. He may even be a relative of your boss and invent things that may jeopardize your employment.

Remember, you are in an alien territory. Locals can circumvent almost everything. So, before you go ballistic because someone made an indecent proposal — ask yourself how far you can fight back when things get nastier. Sometimes, walking away from an insult is the wisest thing to do. When the same person repeats the proposal –- such as a neighbor or a co-worker — you should tackle situations differently. Keeping quiet is not the right thing to do. If you simply continue quiet and ignore him, he may assume that you are just playing hard to get. Make sure that you have said “NO” in an unequivocal manner. Warn him that if he repeats his offensive offer, you will report him to authorities. With the use of your phone, you can record his attempts.

Telling someone else about these incidents is also a good move. At work, you may inform your supervisor or a Human Resources staff or anyone else who has some degree of power. You may also tell the landlord or a trustworthy neighbor. It can also be safer to live with or near other Filipinos.

On the other hand, the case changes when a man insists and seems determined to force you. That’s no longer just a “proposal.” It’s an impending rape and assault. Your life is now on the line. That’s the time to make a scene. Attract attention. Shout for help. Use your gadget. If you have time, take a photo of the person and send it to somebody online. You have to move away from the situation as quickly as possible.

At this point, we have to emphasize the importance of personal image. Right from the beginning of your expat life, you have to build a positive reputation. Excel in your work without bragging and behave in such a manner that commands respect. If you do this, more people will take your side. It also makes you credible when you make a complaint against someone. It sounds unfair — but no one believes a flirtatious woman or a sloppy worker when she sues someone for sexual harassment.

Let us summarize what we have been talking about. Calmly reject one-time random indecent proposals from strangers. Speak up loud and clear against a repeated offer from the same person in a familiar place. Runaway and scream for help when someone gets too close or starts touching you.

Indeed, a Pinay OFW’s life is a tough lot. Inevitably, you will face many trials and challenges. But with the right behavior, precautions, and prayers — you can survive the experience, achieve your dreams and get back home wealthier and wiser.

Marily Sasota Gayeta is currently an English lecturer in Salalah City, Oman. She has held this job since September 2013. Before coming to Oman, she was also an English lecturer in Sebha City, Libya, for three years. Marily studied Bachelor of Secondary Education major in English at Tomas Del Rosario College in Balanga, Bataan ( her hometown ), and earned her MA in English Language Teaching from the Philippine Normal University. Her career, which spans more than 20 years, also includes teaching Vietnamese refugees in a training camp in Bataan and teaching collegiate English in three private colleges in the same province. She enjoys watching action movies, listening to rock songs, reading, and writing. Her articles are available on her blog at www.gardenerofthoughts.blogspot.com. Marily is married and has two children.