POEA: Beware of Emails Accepting You for Jobs You Did Not Apply

10 Things You Should Not Include in Your CV

Being away constantly from your spouse and your children are always an everyday hardship for all our Modern day heroes. For mothers who are consistently had to travel back and forth to see their children, this is a struggle that nothing would compare. The thought of not being able to take care of them when they are sick is always heartbreaking for any mother. To put it, for a mother, being away from their children brings them the greatest of pains.

It takes a great deal of desperation, need, and, of course, bravery to be able to leave your children in the hands of your relatives or your husband alone. Sheryl Madayag Laloy is just one of those brave Filipina mothers who took the plane in search of a brighter future for her children. However, back in 2010 one of her two children got sick from Dengue with a 50/50 chance of survival. She decided that saving money for her children abroad would be a waste if being away with them also means not being able to take care of them when they needed her the most.

Before being an OFW, Sheryl graduated with the course of BS Commerce of the Central Philippine University (CPU). After her child recovered from Dengue, she decided to stop working abroad and stay here in the Philippines where she can take care of her children. To do this, she decided to open up a small business wherein she could be able to provide a steady flow of income for her and her family. We can say that she is no stranger in the world of business, considering that she did major in Banking and Finance.

She started with the capital of P10, 000 from the livelihood assistance program of the National Reintegration Center for OFWs. She used this money to open up a boarding house near her alma mater. It was a two-story apartment near CPU that she rents for students who are living far away from home.

However, the boarding house rental business isn’t that big, and it barely fills out all the rooms of the two-story building. Nevertheless, using the money from the boarding house rentals, she opened up another business, a travel business that caters to all traveling needs of their traveler customers. She slowly expanded this business with the help of her friends and family and was, later on, landed a deal with some corporate accounts. Sheryl didn’t stop there, from the two businesses that she is currently handling; she also opened an online store wherein she sells various items. 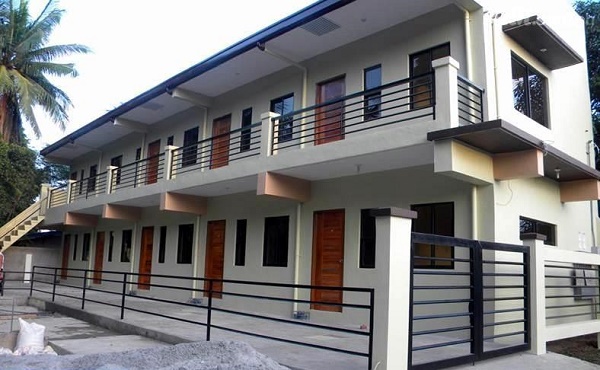 From the three businesses, she was able to have a comfortable income to meet all the needs of her children, which are now 14 and 12 years old.

Her story is an inspiration to all OFWs, and she is the living proof that working hard is the key to achieve your dreams.