4 Tips for OFWs Acting as Couriers for Friends Abroad

How to Apply for SSS Number

The number of overseas Filipino workers has continuously been increasing in number over the years.

OFWs are said to have contributed significantly to the Philippines’ economy due to their valuable remittances. Thus, they are tagged as the country’s heroes and warriors. Filipinos working abroad only have one goal in mind — as they leave their families behind and work overseas –- that is, to have a substantial income to provide for the needs of their families left in the Philippines and in the hope of better and prosperous lives.

However, it is a sad reality that some overseas Filipino workers get wasted and were not able to save up money after years of working abroad. These unfortunate OFWs might have mistakenly managed their income. Find out here the top 5 money mistakes OFWs often make:

They spend to avoid looking bad

“Aba, nasa abroad na rin naman ako.. dapat branded din ang gamit ko..”
To some Filipinos abroad, the lure of the opportunity to own and wear luxury items is irresistible. They might have been dreaming to own Gucci or Hermes bag, a Tiffany bracelet, the latest iPhone model, or the largest flat screen television long before they decided to go abroad. Such accessories and gadgets might give them some bragging rights to others, especially those whom they believe belittle them and underestimate their abilities.

To other Filipinos, they spend because they wish to avoid being labeled as backward and receiving comments from others that they are too cheap, old-fashioned, and traditional.

They want to play the financial hero

Perhaps taking the idea that OFWs are modern-day heroes, some OFWs take them at heart and act like one. Like adopting problems of other people as their own, hoping that they’ll get some hero treatment afterward. Did someone leave a message on Facebook messenger asking for emergency medical expenses for someone suffering from heart disease, dengue fever, or a motorcycle accident? The ever-generous OFW is right up to the task and ready to provide even if it’s beyond his or her capacity.

Why not pool something from your savings and contribute a small amount you are happy to extend every time someone appeals for the fund? In this way, you’ll not be financially burdened at once and prepared to give to more people who have the same needs in the future. Someone complained you gave so little? Unless they are part of your nuclear family, they are not entirely your responsibility.

They are willing to be the sole breadwinner

Many OFWs realize that once they start working abroad, the number of their dependents has gradually grown. Apart from parents, spouses, and children, extended family members have also joined in. The sibling wants you to send his child to school, your neighbor wants you to finance his buy and sell a business, and the parents of your godchildren start enumerating their favorite gifts for Christmas.

But even if people outside of the family are not bothering these OFWs, the mere fact that they work abroad might make family members rely on them so much.

They use retail therapy as an excuse for overindulgence

Some OFWs can’t get enough of excessive spending. Maybe because for the first time, they manage to earn more than what they need. They embrace the idea that trips to coffee shops, dine-outs, movie dates, and monthly shoe and dress shopping are forms of therapy to cure the ills that afflict many Filipinos abroad: homesickness, stress at work, or discrimination.

The routine becomes a habit and it won’t take long before they realize they spent more than what they earn. Soon, outstanding loan payables and credit card bills are piling up. 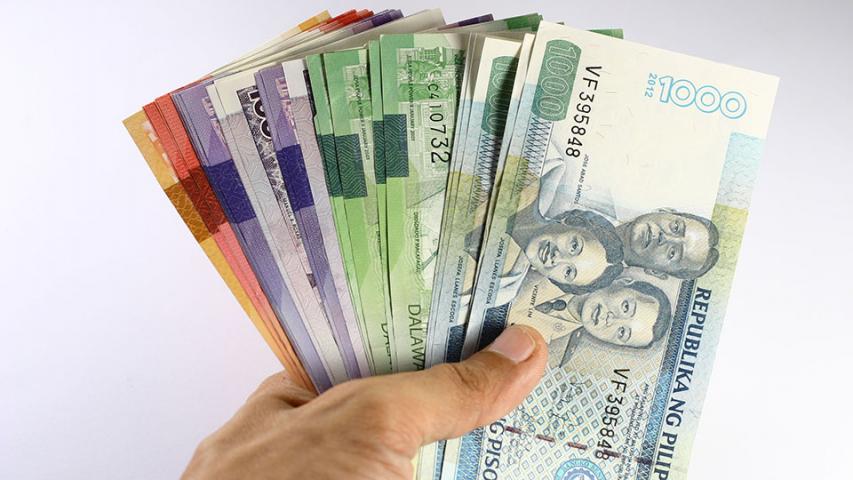 They fail to get insurance

Many Filipinos tend to avoid discussions with insurance agents. Maybe because they’ve heard about companies that used to promise health and medical insurance, educational and memorial plans have fallen into bankruptcy. Think about Prudentialife Plans Inc., College Assurance Plans, and many other pre-need companies that suffered financial troubles and left thousands of their policyholders empty-handed.

But this fact is not enough for Filipinos to disregard signing up for insurance plans from reputable companies. This can be for life, medical, disability, or educational plans. While many OFWs are automatically covered by OWWA benefits once they become members, it may not be enough to cover other expenses such as family expenses while an OFW is unable to work.

Some OFWs are impatient and want easy money. They get invited to join a club, sign up and gain yields double their investments. They have been introduced to fellow members who proudly show photos of their new houses, or smile while holding wads of dollar bills as they lean on brand-new cars.

In their pursuit to “invest” their hard-earned income, OFWs can become vulnerable to scammers who are involved in various investment schemes that lead to huge monetary losses. It might take some time to repay loans used to recoup lost income.

They rush an investment without learning about it thoroughly

There are OFWs who think investing their savings sooner is a good idea before they spend it on unimportant items or be drawn to impulse buying. In many cases, friends and family introduce them to a certain business they may not be familiar with. Set up an Internet cafe, construct a poultry farm, or buy a jeepney. Such friends and family may know a thing or two but it does not guarantee the business will prosper especially if the OFW who is the sole investor is not aware of the other aspects of the business.

What happens if the computer units in the Internet cafe are infected with a virus? How will the business deal with a patchy Internet connection or regular power outage?

Will there be a vet nearby to check if there is an outbreak in the piggery? How will the business respond to sanitary complaints in the neighborhood?

Without dedicated and knowledgeable personnel the OFW investor to do the job and maintain the well-being of the business, the investment will likely yield losses and collapse.

Some OFWs are quick to apply for credit cards and buy various things, claiming that they have the financial power to settle these bills. Although a monthly salary can be used to pay for the bills, there is no guarantee it stays like that all the time. OFWs may have other expenses — passport renewal, airfare for vacation, balikbayan box items, and so on — and paying off credit card bills isn’t as enjoyable as using credit cards to pay for goods.

If it goes unchecked, debt can easily pile up as credit card companies impose a hefty penalty for delinquent cardholders. Lack of foresight and fiscal discipline could drown an OFW to a debt trap that’s difficult to overcome especially if the only income source is the monthly salary. Worse, if the OFW loses his or her job, that sole source is gone. Meanwhile, debt not only remains but can also balloon to unimaginable levels.

They refuse to prepare for a return to the Philippines

Enjoy ako dito eh!
When OFWs are already acclimatized to life abroad, it’s difficult to let go. They can earn more, they are healthy and young, and they have plenty of opportunities abroad, so why go home?

Sometimes returning home may not be according to an OFW’s plan. They were made redundant and their job contract was terminated, they figured in an accident at work and were rendered disabled or they were diagnosed with a chronic disease that needs immediate attention. In such cases, an OFW is forced to return back to the Philippines and deal with the ordeal. Their lack of preparation meant that OFWs are back to square one with no immediate next step in mind.

As they say, failing to prepare is preparing to fail.

So even if you are not yet planning to return to the Philippines in the near future, prepare a contingency plan in case your return is sooner than you intended. Allocate some money for your eventual return, invest in a tract of land, or get an insurance policy to help secure your future, because you are not an OFW forever.

Which among these things are you guilty of? It’s important to acknowledge our weaknesses when it comes to financial matters as OFWs. By identifying our attitudes and personalities about managing our finances, we help ourselves overcome them and lead towards a progressive life abroad.