6 Reasons You Do Not Send Money to the Philippines

Through the years, Western Union has established itself as one of the premier establishments that conveniently transfer funds for individuals regardless of where they are in the world. There are currently 101,000 branches in over 185 countries, making it the most significant money-moving institution on a global scale.

However, there are also drawbacks to availing of their services. Knowing the details and process will help you decide whether or not to do e-commerce.

To send money via Western Union, you can do so through the internet or by visiting any of their actual branches. Fill out the form which will require you to indicate your name, address, the amount sent, and the preferred mode of payment.

You also need to report the full name, address, and contact details of the recipient. You will be given different options to transfer the money, as well as the speed of wiring. You will be required to pay a fee equivalent to about 10% of the amount you are sending. After a successful installation, you will be provided with a tracking number, which will also be used by the recipient to claim the cash.

1. Faster money pick up. People who expect to receive payment can pick it up in a matter of minutes after successful wiring by the sender. Western Union is your top choice if you wish to send emergency cash or do not wish to go through lengthy processes of identification and to claim. The recipient only needs to present his identification card to receive the money immediately. Individual city branches also offer home delivery services.

2. More places to pick up the money. You can transfer funds to various locations around the globe. Western Union has grown to thousands of branches in almost every country, so you can expect to transact most conveniently and expect the recipient to get it on time in their location. Outlets are generally open during office hours and weekends.

3. Reliability. Western Union has established its name as a trustworthy and reliable money-transferring service provider. You do not have to worry about scams and problems in transferring cash. Dollars are converted into the preferred currency at the current exchange rate. You don’t need to get any membership to wire some money to someone across the globe. 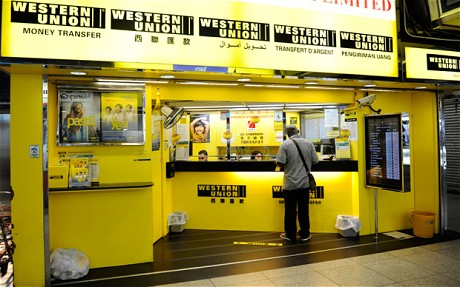 1. Higher cable charges. There is a price for convenience and fast remittance to families back in the Philippines. Compared to traditional money remittance agencies OFWs use, Western Union charges more. Also, exchange rates do not seem to favor senders, so it’s a bad situation if you’re sending money at a time when the Philippine peso is losing ground against the US dollar.

2. The disclaimer. Western Union has a disclaimer, which indicates that the company will not be liable if the recipient fails to get the goods or if the goods are received in a worse condition. It frees them from liability even if their agents may have been negligent during delivery.

3. Errors in the processing of remittances. There are many instances when mathematical errors have been made. People sometimes also experience having the wrong currency exchanged. Others discover that a stranger has claimed their money. Customer support at Western Union is not known to be the best.

4. Possible use by scammers. An identification card and a custom transaction number are all that are necessary to claim the money. But Western Union has been used as a channel to fund scammers from their victims. WU is aware of these scams and makes us aware of possible fraudulent transactions.

Be aware of the pros and cons and make use of the service depending on the conditions and necessity.