6 Reasons You Should NOT Remit Money to the Philippines

It is a common scenario where an overseas Filipino worker or OFW begins contemplating ways to grow his hard-earned money. He will most likely believe that sending cash back to able and trusted individuals in his hometown would be the best option, considering how starting a business or investing in foreign land would require more than what he currently has.

The fact is, more OFWs experience that remitting money to the Philippines does not indeed lead to big payoffs, and there are several occasions when the person they entrust the investment to completely loses everything.

You deserve what you earn.

Many people working abroad think that much of their success has a lot to do with luck or timing. In reality, people are chosen by companies and hire employees based on credentials and records.

Individuals are hired based on abilities, skills, and knowledge that have been developed from previous studies and experience.

Sending applications to different institutions and firms abroad takes a lot of effort and perseverance. Should a company have heard about your achievements to consider you in the list, it does not make you fortunate, but instead, qualified.

This means that you are more capable of handling your own money and most likely have more skills, traits, and knowledge to grow your hard-earned cash compared to those left in the Philippines who were either too afraid or too timid to look for more significant opportunities. 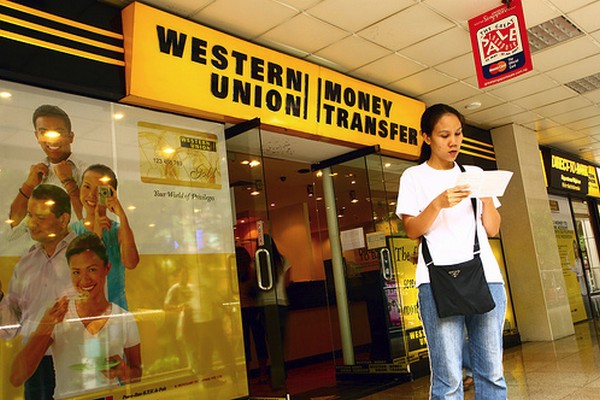 You teach the value of saving.

It is common practice for OFWs to be very thoughtful of the loved ones that they send the majority of what they earn to their families back in the Philippines. They also tend to splurge on some things that they never had the chance of owning back home.

Many Filipinos abroad basically spend all their money on gadgets, clothes, shoes, and other items during the first two years of their stay. Saving is one of the top priorities when working abroad since the time to earn is only limited, and long-term plans require investment.

It would be better to prepare for retirement rather than trust someone else in the Philippines to grow the money for you.

You should not be forced to be generous.

Filipinos working hard abroad are only led to give because relatives and friends make it seem as if they’re going through the hardest times back home.

Always tell yourself that you deserve to enjoy whatever you have because you’re working hard for it. Never feel sorry for having more opportunities and rewards that are due to you. Many Filipinos abroad fail to save (not just for themselves but for their family’s future) because they are overcome with emotions.

Earning more should not compel you to take on the bulk of expenses back home. You have to prioritize your own needs and give what you feel is truly worth the cause.

You are diligent in investing your money.

Do not rush into supporting a business that a family member or friend is planning in the Philippines without getting all the details first. One of the biggest mistakes that OFWs make is trusting someone who they believed was capable of operating a business, when, in fact, the person might be spending their hard-earned dollars on personal luxuries.

You plan for the future.

The main goal for most OFWs should be to save enough so that they can immigrate entirely or transfer to another foreign country that will be ideal for retirement. You realize that earnings as an OFW is a finite resource; you eventually have to go home. Back there, a prospect is uncertain if you could land a job or make a decent livelihood.

They can also save a lot to last them a lifetime once they stop working. Working abroad should not be a means to support non-productive family members back home perpetually. Giving should be limited, and the foreign worker should make it clear that he will not be the source of all support.

Support must be contributed by each member of the family equally.

You express dismay over government policies.

Not sending money to the family may not necessarily mean restricting funds to loved ones. If implemented with full cooperation with fellow overseas Filipino workers, this could also be used as a strategy to express disgust and protest policies implemented by the government, such as an unfair collection of terminal fees at the airport or unwarranted manual inspection of balikbayan boxes.

Since Filipino remittance plays a big part in sustaining the Philippine economy, a united stand in not remitting could bring an impact on the economy and send a strong message to government policymakers.

OFWs are bound to send money back to their families in the Philippines. But the act of sending money should not breed complacency, overreliance, and the false illusion that money is quickly earned abroad. As a responsible family member, saying no to some unessential requests is sometimes necessary. This is not to deprive them of their needs, but to train them to be frugal in spending and learn to cooperate towards fiscal independence.