With incidents such as the Arab Spring in the Middle East and North Africa, devastating tsunami and earthquakes in Japan, overseas Filipino workers (OFW) are often at risk of losing their jobs and even lives while trying to earn a living away from their families.

No wonder forward-thinking ones are looking at alternatives to their current situations. Some look at neighboring countries while others look forward to reuniting with families and looking for jobs back in the Philippines.

OFWs normally receive higher pay overseas, hence the main reason for going abroad. The typical pay scale in the Philippines is relatively paltry at best and for obvious reasons doesn’t attract balikbayans and returning OFWs. However, this may not be the biggest hurdle in getting a job in the Philippines. Veteran overseas workers may find themselves unwanted, snubbed, and unqualified on most jobs on offer even if skills and experience match job vacancies very well. The reason: age discrimination.

Try to look at Philippine classified ads on newspapers and online job sites and you’ll see age discrimination when posting for job vacancies. It appears that the most bankable people in the job market are those who belong to the yuppie generation — aged between 20 and 35. Their jobs are generally categorized from entry level for fresh college graduates to junior managerial positions for those with several years of work experience.

We can theorize that such age discrimination exists partly because jobseekers in their twenties are perceived to lack experience and therefore don’t have enough negotiating power to demand higher salaries than experienced ones.

Having just left the university makes them easy to train. Office politics might also prevent the entry of deserving but ‘overaged’ candidates into the organization. The idea of fresh talent is taken out of context and often gets associated with fresh graduates, with special preference to those who graduate from popular institutions of learning. If certain corporations in China are willing to ‘rent’ white people to provide a psychological edge when it comes to facing potential partners or clients, Filipino companies take pride in having executives coming from prestigious schools such as Ateneo de Manila, De La Salle University, or University of the Philippines.

Another possible reason companies prefer to hire younger people is because most of these applicants are assumed to be fit to work for long hours and don’t need to attend to families such as school-age children like many older employers do. The competition for jobs may discourage other applicants who instead look for opportunities abroad even for jobs that are not in line with their university degrees and professions. They find jobs as sales ladies, domestic helpers or factory workers which offer better pay despite lack of association with their career plans. But when they return to the Philippines after their stint abroad, job prospects look bleak.

Philippine senator Pia Cayetano filed Senate Bill 252 which makes it unlawful for any employer to print or publish, even on Internet, any notice of advertisement relating to employment “suggesting preferences, limitations, specifications, and discrimination based on age.”

The penalty of fines between P50,000 and P500,000 along with jail time of up to two years await those who would violate the proposed legislation. In the filing, Senator Pia Cayetano noted emerging discrimination against older people, especially with a number of fresh graduates joining the labor force. A similar law was proposed by senator Jinggoy Estrada in 2007 but the bill died in committee. Another bill that was introduced this year is awaiting consideration by Senate’s Labor, Employment, and Human Resources Development Committee.

The Department of Labor enacted Department Order No. 170, or the Implementing Rules and Regulations of Republic Act 10911. The Order makes it unlawful for an employer to print or publish, or cause to be printed or published, in any form of media, including the internet, any notice of advertisement relating to employment suggesting preferences, limitations, specifications, and discrimination based on age.

The law becomes a much-needed update to the Philippine Labor Code which mandates workplace protections against discrimination based on race, sex or creed yet doesn’t cover bias on age. Without such safeguards, it is easier for companies to implement early retirement schemes just as flag-carrier Philippine Airlines enforced mandatory retirement age for staff who reach 40 years old. 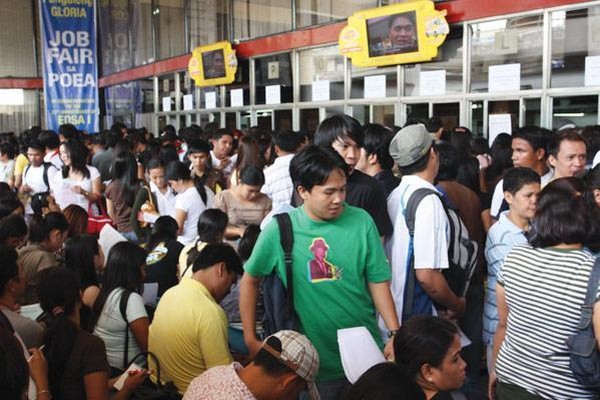 In other countries, laws against age discrimination have been enacted. In the United States, laws protect certain applicants and employees 40 years of age and older from discrimination on the basis of age in hiring, promotion, discharge, compensation, terms, conditions, or privileges of employment.

If such a practice of hiring based on age is ingrained in the Filipino workplace culture, then it may take some time before this gets corrected unless a relevant law is passed. Or a certain provision of economic policy is revised. Currently, foreign companies are entitled to only up to 40 percent ownership of a company based in the Philippines. If Pinoy stakeholders control how the company is run, notably on age-restricted hiring of staff under the guise of cost-cutting, older job applicants will have little chance in getting jobs in the market. 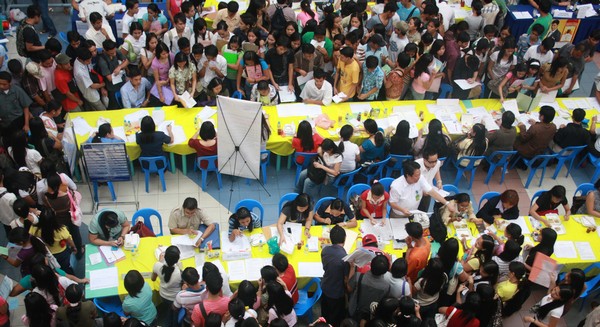 To address age discrimination in the Philippines, some applicants resort to forging birth certificates to create an impression of being young and instantly become qualified candidates for a position. The practice is so common among Filipino sailors that those engaged in such deception are called ‘born again’.

Better personal care, fitness, and healthy food may help project a younger image but this approach doesn’t apply to all candidates deemed ‘overage’ in Philippine labor market standards. Maritime officials have increased the crackdown on those who forge documents to appear young at least on paper.

So while the government is proud to announce thousands of jobs awaiting Filipinos repatriated from distressed places, it might as well ensure that returning OFWs will at least be considered for the position regardless of age. Otherwise, OFWs will never consider the Philippines as a future career destination because of two reasons: low pay and the dreaded age discrimination.

Godparent Gifts: Do Parents Have the Right to Demand From OFWs?

10 Bad Experiences of OFWs Spending Holidays in the Philippines

8 How OFWs Can Beat Homesickness Abroad