7 Things You Should Not Bring Into Australia

Sydney Harbour, Opera House, Bondi Beach, 360 Bar, Manly Beach, Rugby League — these are just few of the reasons why people in the world have so much admiration for Sydney! While the picturesque of these places are genuinely beautiful and breath-taking, there is one iconic spot in Sydney that is becoming the photographer’s favorite, the Sydney Skyline.

Sydney skyline is not actually a place or a location. The term, Sydney Skyline, is used to describe the horizon that the city of Sydney’s different structures create. For many landscapers, the Sydney skyline is the fingerprint of the nation. It is naturally a work of art. That is why many photographers are making every effort to get a best shot of it. Here are the suggested 10 best places to take photos of Sydney Skyline.

. It is estimated that there are over 14 million tourists who go for a Sydney Ferry ride just to grab a nice view of the city’s skyline.

. Don’t do the bridge climb! The person has to go to the other side of Sydney to take a photo of the Sydney Skyline. 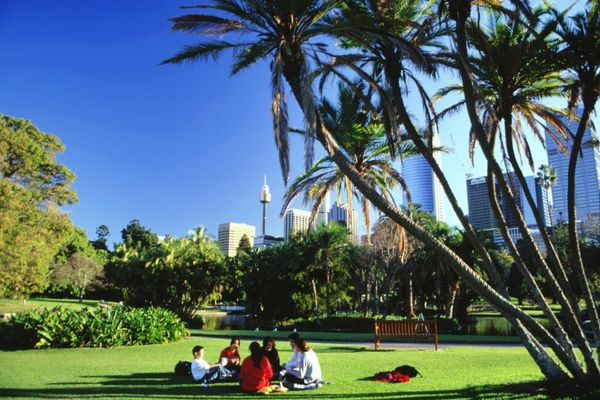 . This place provides some of the most iconic backdrops in the world including the Sydney Skyline.

. It is considered as one of the highest points in Sydney giving anyone a perfect “look out” of the Sydney Skyline.

At the Cruise Terminal, there is a viewing platform for anyone else who wishes to seize a panorama of Sydney Skyline.

. One of the perfect views for Sydney Skyline is when one stands from Kirribilli. View some photos here.

The place has been named after Elizabeth Henrietta Macquarie, wife of one of the long-ago governors in Sydney. A rock forms in the place where Elizabeth used to sit hence, the name.

One of the heart-stopping view points of Sydney Skyline is the Milson’s Point which is named after one of the earliest settlers of Sydney.

. McMahons Point is one of the best photography spots for the classical Sydney Skyline.

. The Waverton lookout is just a good place for any landscape-or-panorama photography — and that includes the Sydney Skyline!

It doesn’t really matter whether you take photos of the Sydney Skyline during the day or night. Provided the innate warm lightning and the dramatic effect of the heavens in Sydney, anyone has better chances of getting great pictures of the skyline!