List of Taxable Luggage Items According to Bureau of Customs

Is it a change in scenery, an uplift in financial status, or just being in a place that others find hard to reach that made some people act like they are not mortals?

Reading this Twitter thread and the subsequent echo of agreement among replies has inspired us to write our piece.

After all, as Filipinos overseas who have met kababayans in North America, Europe, and Asia-Pacific we also had our share of similar experiences with kababayans whom we hoped would provide us guidance as newcomers. 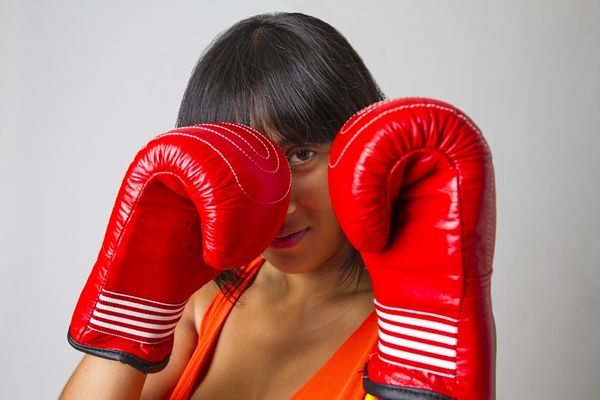 Many Filipinos who made it abroad would consider living and working there a personal milestone and a sign of success. That’s a validation that such success deserves celebration. However, if the celebration is done at the expense of putting down fellow Filipinos to elevate one’s stature, that’s downright arrogance.

Let’s create a persona of these toxic kababayans and attach their supposed quotes often spewed to unveil their true color:

Regardless if they are rooting for someone or not, these self-righteous Filipinos based abroad are quick to make statements while viewing from afar. They make such labels against fellow citizens who are left in the motherland trying to make a decision that benefits them. (Whether that’s voting for a cash-rich traditional politician or an unknown newcomer, that’s their own view, and nobody else’s business.) They make such comments as though their thoughts are infallible.

“Kung gusto mo makatulong sa bansa, dapat bumalik ka doon (If you wish to help the country/Philippines, you must return there).”

Let’s invent a term that describes these types of Filipinos who feign concern for their so-called beloved Philippines: hyper-pocrite, that’s a hypocrite at the highest level. They make assumptions that to effectively serve the Philippines, one must be stationed there.

They may have been naturalized citizens of their adopted country, but their heart remains Filipino. Yet, the hypocrite can only make verbal statements without lifting a finger. Instead, they point fingers at newcomers who seem unwelcome and hate the fact that more Filipinos are joining them.

With a tone that belittles a large population of Filipino workers abroad, an elderly Filipina tita incorrectly identifies someone as a domestic worker due to her strong regional accent or low-profile, no-frills dress code. Even when they are corrected, they tend to be unapologetic and often cite similar instances in the past (likely made up story to avoid embarrassment) as the basis for inaccurate observation.

Quoting a balikbayan couple who returned overseas from vacation in the Philippines has a litany of bad press about the country. The observation is not necessarily bad as we tend to share the same experience of hot weather and messy garbage problems.

How it was tastelessly expressed, and the one-sided nature of their observation made it look like they saw nothing good at all about their experience. There’s no doubt that’s one of the reasons they left the Philippines, but to elaborate further that Filipinos are undisciplined, disorganized beings say something from their figurative high-horse.

We have lots to say about the negative attitudes of Filipinos that need to change. One example is that pet owners generally need to clean after their dog’s or cat’s waste matter in public places, while many owners of pet dogs and cats in the Philippines are too lazy to do the same.

The couple might be robbed at gunpoint while stuck in traffic, got duped by a parking attendant, constantly heckled by street beggars for coins, or was made to wait too long for a supposed appointment. So they have all the right to spew such remarks.

Sharing the good side of every experience often relieves stress, even for just a bit.

Perhaps they took the same route and got away with it, some Filipinos abroad are even encouraging visitors or newcomers on temporary visas to simply override what’s legal and take the risk. They would add that once arrested, the penalty would be deportation which sends you back to your land of origin.

One might think this is a good idea, especially coming from a veteran resident who has seen and experienced how the law works. But make no mistake, there are also overzealous Filipinos nearby who are ready to pounce on the opportunity to report an undocumented resident.

So once you hear a bad piece of advice similar to the above, remember you are the one taking the risk and not them. In case the plan goes awry, they won’t be there to defend you. After all, who wants to claim support for an unlawful act?

The above comment can be construed as factual and accurate, but such a statement can also be understood as patronizing in nature, implying that one is superior to the other. There is a reason why salary data is kept confidential by human resources staff, and how much you earn is better kept to yourself than shared with others unless speaking to a recruitment agent.

A balikbayan heard commenting on a serving waiter at a restaurant in the Philippines. The waiter, service crew, or any staff may need to brush up on personal appearance to look neat and presentable, but such a statement as above can be seen as looking down at others, especially if not offering any help to improve the situation.

Maybe it was easy to distinguish between the appearance of service workers abroad and in the Philippines.

Many service workers in the Philippines are poorly paid and have to wear work uniforms at their own expense. As they render service to us, they also deserve that level of respect, and such comments can be framed in a way that appears as constructive criticism instead of a blatant attack on their appearance and dignity.

An annoying way to meet an acquaintance is to become subject to a barrage of questions that you can imagine being interviewed by a panel. They want to know every single detail about you, including things that are meant to be kept on your own like how much hourly rate you earn, and other sensitive information.

Curiosity is the common reason for asking these questions, and your answer could help them give better advice to a relative who is also aspiring to reach your status. Many questions are well-intentioned but you have to be wary that the information they get from you can be used against you.

Who are some of them?

It’s hard to pin the usual suspects as culprits can be anyone from the crowd, but some of the experiences we dealt with came from these demographic groups:

Where to find them?

Why do they act this way?

The main takeaway from these experiences with any toxic attitude described above is to be cautious when meeting people for the first time. Newcomers to life abroad are often the ones exposed the most for obvious reasons: they want to connect with people in their new environment and wish to get as much guidance as possible.

Most of the new people you meet are kind and accommodating, but always be on the lookout for the odd ones.

Hi everyone, my name is Joanne Vilchez Baysa, born in Zamboanga del Norte and working as a staff nurse...
Philippine Profile