A Sunday Life for Filipino Domestic Helpers in Hong Kong

Hong Kong’s outdoor landscape is transformed during weekends and statutory holidays — days of the year where domestic workers are also entitled to extra days off. Certain streets in Central and Causeway Bay are closed to accommodate the helpers claim their stake for the day to place cardboard boxes and share the real estate with friends to share meals, play cards, share their favorite stories of the week.

The situation gets more hectic during the beginning of the month or holidays when money remittance activities gather steam or extra space is needed to carefully arrange a big box of goodies bound for the family in the Philippines.

Bigger crowds, longer lines, foul weather, and stress caused by both family in the Philippines and Hong Kong employers can easily turn a typical domestic worker into a ticking timebomb taking her day off and engaging people of various backgrounds. A nasty exchange between random strangers can turn from trading insults to a shouting match to a physical confrontation.

But what are the most common reasons why Filipinas, and possibly folks from other nationalities, resort to a fierce physical fight? We look at some of the potential reasons.

There is an unwritten law that nobody must step into a “territory” already occupied by long-time dwellers of a particular “pwesto” of a footbridge, underpass, or park, even if there’s no demarcation line that defines the boundary. Securing that great location may mean better access to transport, church, or shelter from inclement weather conditions.

Many Filipinas taking their day off would love to stay in a place they are accustomed to, rather than be like nomads looking for a new location. So when they discover someone is taking over their space, there’s going to be trouble. It’s like a landowner berating a squatter for unauthorized occupation of the small parcel of space they own during weekends and holidays. And when a push comes to shove, brewing chaos can quickly escalate.

Sharing gossip can be an entertaining way to pass the day while relaxing on a park bench or lying on a mattress made of paper cardboard in the middle of Chater Road. But such entertainment can easily get lost in translation during a broadcast at the expense of a poor fellow. The original story becomes mangled and twisted beyond recognition, perhaps to sensationalize the tale.

So when the gossip finally completes a full circle, and the main character finally hears it, the authors who manufactured the script and messengers who did the storytelling might find themselves on the defensive. Such confrontations can happen in the middle of a crowded public space. Depending on the severity of the scandal, the response may range from a simple verbal warning to a full-blown mano-a-mano. 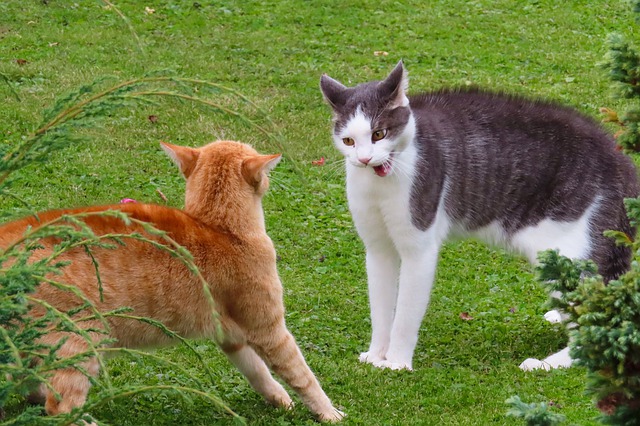 We often hear that “I can forgive, but I can’t forget” from people, referring to that incident in the past when they were helplessly humiliated, abused, or taken advantage of. They claim they have forgiven the offender but can’t quite forget that dark episode in their life. When the opportunity presents itself, they don’t know what to expect.

Think about that bully in high school, a neighbor who badmouths your family, or a trusted friend who betrayed you. These could be the people whom you couldn’t wait to confront for their past misdeeds. Many years later, when your paths are destined to cross at a narrow lane in Tamar Park, the confrontation becomes a reality. There may be reconciliation, but if each of you can’t wait to settle down the past grudges in a fistfight, the whole park becomes an impromptu venue for the deathmatch, and everyone there becomes the unintended audience willing to watch the fight.

The power of alcohol can reign over the small gathering of people enjoying their supposed stress-free day. With lots of “pulutan” on offer, a bottle of ice-cold beer is a tempting treat. But as one bottle becomes two and four, and so on, its influence can be overwhelming. It transforms an introvert into a talking machine. It can put someone to sleep. Or it can turn someone to be a troublemaker, hurling insults and engaging others in a fight.

When the protagonist finally finds her match, the brawl is almost certain. Egged on by friends who wish to be entertained, the slow-motion catfight that involves hair pulling and arm wrestling of semi-conscious women is on full display. Unless authorities step in and end the match, the fighters will soon be more famous when footage of the scuffle finds an audience on social media.

It’s not unusual to hear stories about women trading accusatory words in their fight for a man. Hong Kong’s domestic worker population heavily leans towards the female gender. Doing the math, the likelihood of competing for a male partner is relatively high. This reality can sometimes spill over into a fight in public as the women involved can turn violent in the name of love. Jealousy, betrayal, or unrequited love can be among the reason blood is boiling and passion raging upon a rival’s provocation.

Public fights over men can be one of the lowest levels some women are willing to stoop down into. But as they often say, love is blind.

Debt can easily ruin a longstanding friendship. Two friends can argue about life’s principles or romantic preferences and makeup. But when money is involved, especially when one party suddenly has a change of heart or disappears after receiving a financial favor from the other, the aggrieved party is on the manhunt to recover back that hard-earned cash.

The reprisal may start with a thinly-veiled blind item posted on Facebook, a brewing scandal that gets discussed among a circle of friends. Such action can easily escalate and get out of hand, exposing the culprit’s identity and causes a massive deal of embarrassment. Once the two ex-friends meet up, conspicuously in a Filipino shop, outside the church, or a crowded street, a fight can erupt in an instant.

Fighting in public, as well as assault causing injury, are criminal offenses in Hong Kong. But they can only be enforced when police officers are around the area. In some of the recent public fights, bystanders claim police visibility at that moment was zero. Such incidents infamously portray the Filipino community in Hong Kong negatively, especially when certain eyewitnesses share the footage on Facebook for the world to see.

How to Go to POLO Hong Kong