A Filipina domestic worker in Hong Kong is seeking financial claim after leaving her employers’ home where she was told to sleep in the toilet.

Grace, 32, started her job for a family in Happy Valley on September 4. But she immediately protested when she saw the tiny room where she was supposed to sleep, rest, do the laundry, iron clothes – and eat and defecate, in a report by The SUN.

Her room was so tiny that once she retires from work at the end of the day, Grace would need to fold her legs and narrow that when she lay down her mattress at night, Grace ended up sleeping with her legs folded, and her face just right beside the toilet bowl.

She was also forced to eat inside the toilet, adding that her employers stared at her the first time they gave her food until she was forced to retire there.

What made her feel worse was that there was another room in the flat which the family used as a study room and was unoccupied at night. Grace said she would have been more than glad to sleep in that spare room, even if only on the floor, for a few hours each night. 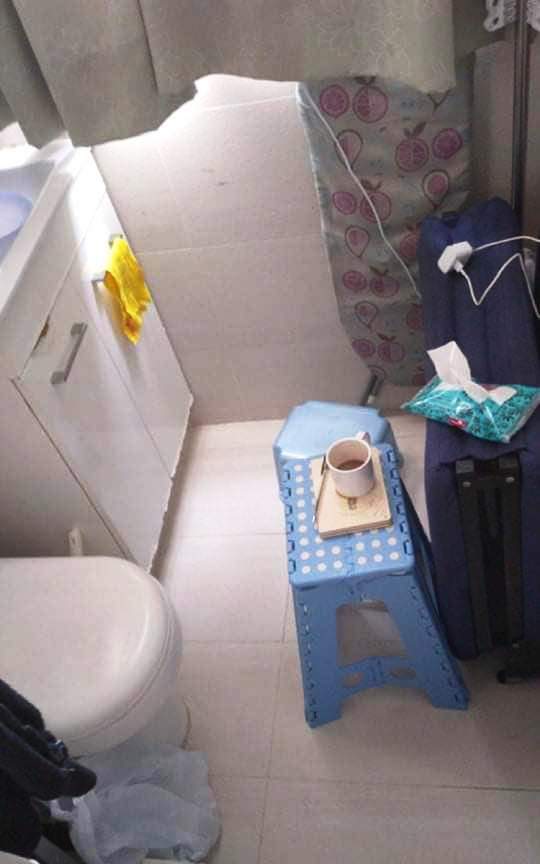 When Grace filed a complaint at her employment agency, a representative named William told her to be patient and not to demand too much because she was just new to the job. The agent also urged her to put up with the situation for at least six months, warning that she would find it difficult to find another employer if she quit her job soon.

Not long after, Grace tendered her resignation with a one-month notice. Suddenly, her employers had a behavior turnaround, giving her more nutritious food, generous in expressing praises on her job performance, and even offering the spare room for her use.

But the Filipina helper was unmoved by the sudden change in attitude.

Refusing to accept her notice, Grace’s employers threatened to put her on a flight back to the Philippines the following day.

She then secretly called the police and five officers responded. Her employers reluctantly allowed the officers to come in, and the couple presented the helper’s things on the dining table for inspection.

Grace was also thoroughly frisked before allowed to leave. She was then picked up by volunteers from Mission for Migrant Workers, which has given her shelter and is now helping her with her labor case.