At anytime during the period of April to September 2016, there are approximately 2.2 million Overseas Filipino Workers (OFWs) abroad and 95% are classified as overseas contract workers (OCW).

Overseas Filipino Workers (OFWs) are claimed to be the country’s modern day heroes. There are many reasons why they are called so, below are the top five.

The Philippines is the 4th largest recipient of foreign remittances. Generally speaking, remittances from OFWS favor the country’s economic development by playing a role in alleviating poverty and creating a stable cash flow and circulation. Remittances from OFWs have not only secured the basic needs of their own families but also have kept the country’s economy afloat by providing liquidity amid global financial crises. Remittance from OFWs is the 2nd largest source of the country’s foreign reserves.

Because many are still unable to find a job in the Philippines because of poor educational background and lack of working experience, many Filipinos go out of the country to sustain their family’s basic needs in the face of low wages and long hours of work, not to mention women who are mainly employed as caregivers and domestic helpers. Despite poor employment conditions, many Filipinos choose to work patiently overseas to provide their families adequate nutrition and sustain other needs.

OFWs suffer from separation away from family.

One of the biggest sacrifices that an OFW may face is disconnection with their families, that is when they are not present on their children’s birthdays; when they cannot go home to take care of sick parents; or when they miss their friend’s funeral.

OFWs endure the deleterious effect of loneliness and homesickness.

The emotional consequences of Filipinos working overseas — homesickness and loneliness — can be very hard to get over especially those who are young and first-timers. OFWs bear these emotional scars just to earn money for their families. Filipinos are known for closed family ties and not seeing their loved ones for two to three years is extremely excruciating.

OFWs give up the value of ‘family’ to make a living. Working abroad is a big sacrifice.

It is both physically and mentally agonizing to be separated from families for a long time without assurance of what lies ahead and what risks awaits you abroad. Regrettably, several OFWs return to their country on dead bodies. These people are victims of terrorism, poor working conditions and unjust treatment. The news has it. Many Filipinos are molested and executed in the foreign land in attempt to defend themselves and safe their lives. 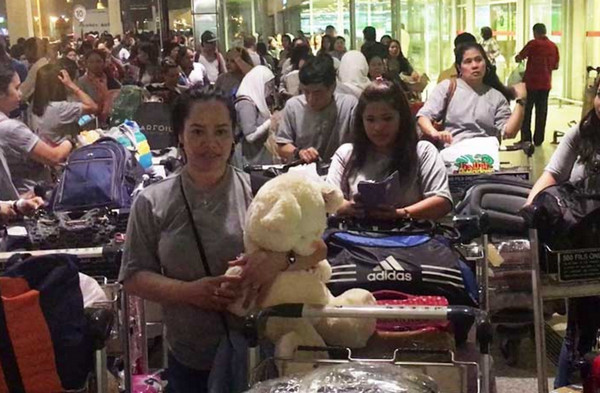 For a number of reasons, OFWs are considered as the modern day heroes — if not martyrs — not only for their love for their families but more importantly, their significant contributions to the country’s economy.

OFWs Failing to Save For Themselves in the Pandemic Era

Concern As Surge in 17 New AIDS, HIV Cases Among Filipinos in HK