How to Apply for OEC Online

There’s so much debate about overpopulation in the Philippines. From census to population projection models, is the country ripe for population control? Or is it just there’s a great disparity between rich and poor? Let’s check the signs.

Voters find themselves in long lines during the election period

With more qualified voters than anywhere in history, casting ballots has never been a long and arduous exercise of a fundamental right. As the number of voters increases, the rate of polling precincts being created barely does.

Unexplained disappearance of names, sweltering heat, and folks trying to cut through the queue doesn’t help. As a result, even election candidates have to bear with the challenge and fall in line in an effort to be role models to the public.

We Filipinos have a strong affinity for social media. We spend hours and hours of time on the web cultivating our virtual farms and adding friends to Facebook. We are fond of hitting one-liners on Twitter and because of our number — and our unity in composing our tweets — we can easily create a trending topic on the microblogging platform.

Pop stars Charice and Christian Bautista, the late President Noynoy Aquino, and Pinoy Big Brother winner James Reid graced Twitter’s headlines not only because we are fond of it, but also because we outnumber others.

When there is an online contest open for public voting through SMS or the Web, we Filipinos are quick to take advantage in our effort to help our candidate win. Miss World text and online voting, along with the Seven Wonders of the World contest via Web are examples of where huge support from Filipinos is essential.

Aided by an army of bloggers who ask for support, promotion gets full-blown. While the votes and SMS don’t usually necessarily come from the Philippines but from Filipinos everywhere, the “overpopulation” talk should still not be discounted. 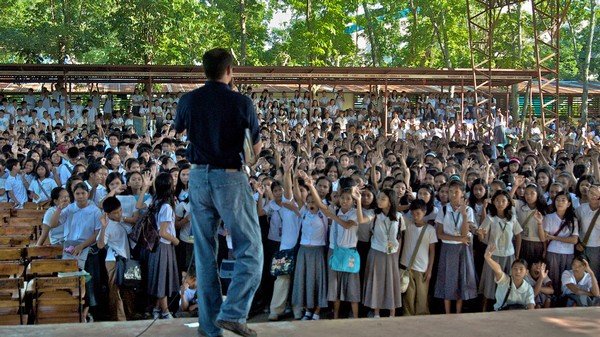 The ratio between school children and classrooms

Thirty-something folks or older might remind everyone that during their grade school days, the number of pupils in the classroom barely exceeded 40. Now, it is not surprising to see classrooms filled with more than 60 in a class. Some schools have to schedule classes in two shifts to accommodate more students in one classroom.

When natural disasters like typhoons and floods strike, classrooms are also used as temporary shelters for victims so classes are sometimes disrupted and the effort to educate our future leaders gets jeopardized.

Insufficient service from the government

With more people to serve and fewer resources to offer, the government has to be more prudent in its decisions to help the neediest. Health care through free vaccination, free or subsidized education, assistance to victims of calamities, and other forms of government assistance cannot be offered to all.

The growing population could have also brought higher revenues from taxes, but inefficient tax collection and the fact that many of those added to the population are too poor/young to be taxed, the government has to endure further widening the fiscal deficit in trying to serve the people. 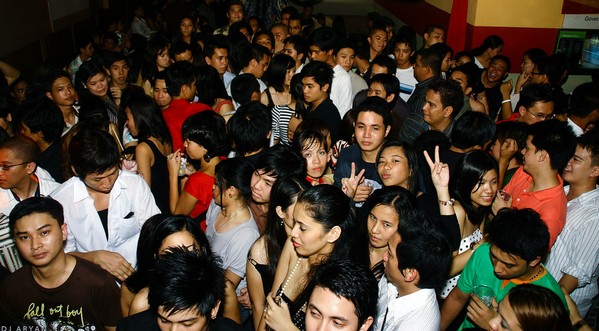 In the past, a college degree is a key to a job offer. Now, even master’s degree holders find it difficult to find jobs they want (or are at least happy to have). Job fairs are often swamped with thousands of applicants for much fewer jobs. Other degree holders have to apply for unskilled jobs abroad since they pay higher wages than “managerial positions” in the country. For those who fail to finish their studies due to dire financial needs, the future looks bleak.

More cities were created and the map altered

Before a town becomes a city, it has to meet certain standards. One notable requirement is the population, the main driver of economic activity that will propel development. If a town earns P100 million or more and has a population of 150,000 it becomes a candidate to become a city. In the past few years, lawmakers have been busy proposing new cities, altering provinces, and dividing congressional districts because population growth in these areas means more constituents to attend to.

Hence the creation of these cities. On a side note, it is also notable that politicians may have ulterior motives for why cities are created: more internal revenue allotment, more government posts, and other benefits.

With more households requiring an adequate amount of electricity and fresh water supply every single day, energy sources need more output to address demands. At the rate at which new power plants are built and factor in the wear and tear of existing generators, the energy supply in the Philippines could not cope with the public utility. Not to mention illegal wiretaps, inability to practice energy conservation, and failure to adopt energy-saving alternatives.

The same is true with water supplies where during drought season, water supplies in many areas are not available throughout the day. With more people in need of water resources, rationing may be the only way to go.

Even during the early hours of their life, babies are already exposed to the crowded premises of the hospital’s maternity ward.

It’s no wonder that people have expressed support for Reproductive Health laws to be passed by the government. But whether the law is passed or not, citizens have roles to play and be accountable for. If we ask everything from the government, we’re doomed to fail.