Saskatchewan Accepts Applicants With No Required Job Offer From 58 Occupations

In the northern part of Canada, far from the more popular cities such as Vancouver and Toronto, is Yellowknife. Characterized as a very cold city, Yellowknife is dubbed the Diamond Capital of North America.

Let us find out some of the interesting facts about Yellowknife.

The climate in Yellowknife is described as subarctic meaning they have very cold, winter days and yet cool, short summers.

April is the driest month while August is the wettest time of the year. In response to the colder season of the place, Yellowknife has a great number of ice roads allowing easy transportation on land during cold winters. Daylight hours range from five hours of daylight in December to 20 hours in June.

Ice roads are man-made, frozen structures that are linked to dry land to allow temporary transport to areas with no stable road access. They are often seen on the surface of lakes, rivers, and seas.

A resident of Yellowknife is called a Yellowknifer. The majority of the people in the city speak English as their primary language, nearly 80% of them. This is followed by French-speaking people comprising 4.3% of the population. Yellowknife is ethnically diverse having 11 different official languages.

Most people in Yellowknife love to go fishing. The place is one of the greatly known hubs for hunting different types of fish!

Yellowknife is called the Diamond Capital of North America. The city has a gold mining heritage and currently, has three opening diamond mines. Yellowknife is ranked the third biggest producer of diamonds in the world, and it is the economic bustling center in NWT. Other than gold, Yellowknife also supplies other types of metals such as uranium, tungsten, and tantalum.

Besides being the major gold producer in the world, Yellowknife is also the major hub for communication, tourism, transportation, and other disciplines. During the 1990s, Yellowknife experienced an economic downturn but it immediately recovered due to the great volume of the diamond source in the city.

Yellowknife has been the major entry point for foreigners, tourists, and visitors to NWT. It is also known that Filipinos comprise the major group of immigrants in Yellowknife. If you are planning to visit Yellowknife, some of the most notable sites are the Wildcat Café, the Gold Range Bar, the Prince of Wales Northern Heritage Center, the Northern Arts and Cultural Centre, and Ingraham Trail. 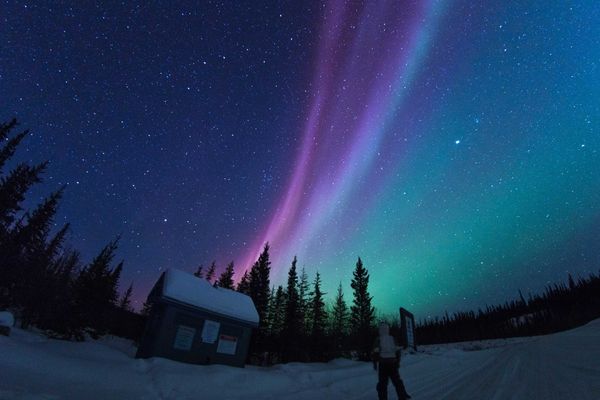 Situated in the Northwest of Canada, Yellowknife is one of the best sites to see the Northern Lights. In fact, many tourists from different parts of the world especially the Japanese people come to visit the place to witness the Aurora Borealis. The most ideal time to view the said natural phenomenon is sometime in mid-August and mid-November.