Why Both Immigrant Husband and Wife Need to Work in America

Many Filipinos think working or migrating abroad will lead to a better life. Thus, many of them apply for jobs or try to immigrate to certain countries. They usually take the legal route and obtain the proper documentation. However, there are also instances when Filipinos enter a country illegally or overstay a valid visa, hence called a TNT immigrant.

The term, TNT or in local lingo ‘tago ng tago’ which means someone in constant hiding.

In a 2021 paper released by Pew Research, the illegal immigrant population stabilized at 10.5 million in 2017 after steady growth between 1990 and 2007, peaking at 12.2 million, and a sharp decline in the two years that followed.

Chasing one’s dreams is not at all a bad idea. However, it is important that when doing so, one follows a legal process, when securing a job, visa, or any credential required in the host country. It is important to note that people realize that taking the risk and becoming a ‘TNT’ is never a good idea, as it leads to the following consequences:

Becoming a TNT immigrant tarnishes one’s credibility, the image of his/her country as well as the image of his or her countrymen. Because of these actions, countries cautious of such practices can impose more strict regulations when it comes to releasing visas. Applicants of student and tourist visas may find the requirements more stringent and every requirement submitted undergoes closer scrutiny. Authorities can set very high standards that are difficult to comply with in an effort to deter fraudulent applications.

Thus, not only those TNT immigrants affected but the future generations as well. Gone were those days when a tourist visa, especially in the United States, required just merely a passport and medical exams. Nowadays, even the source of pocket money is being examined.

Many countries that are targets of TNT immigrants become more efficient in detecting an overstaying migrant. In no time, these illegal immigrants will be caught, unless an amnesty program enables them to gain legal residence status or they get away with mere deportation without serving time. With good governance, low corruption rates, and advanced technology to identify offenders, it is more likely that these TNTs will be found or reported to the authorities sooner than later.

These illegal immigrants will end up in jail and, after which, will be deported back to their countries, blacklisted, and might never be allowed to come back to the host country again. In addition to those, there is also a high possibility that caught TNTs will not be allowed to enter other countries because of their history of being blacklisted. 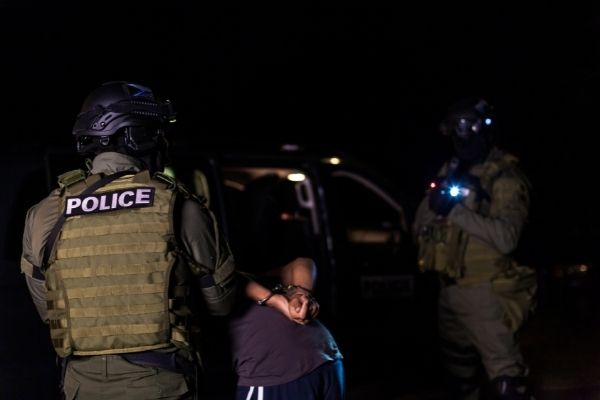 Constant fear of arrest and deportation

A TNT will always have the fear of being caught and cannot move freely in the country where they are. TNTs will always worry about their current status. They will always be bound by limitations in activities, work, socialization, and others.

These TNT immigrants are prone to abuse and being employed as workers paid below the minimum wage and will have no choice because their illegal immigrant status does not grant them say labor rights like ordinary citizens. Moreover, they are also the most common targets for blackmailing and coercion by unscrupulous individuals or groups.

Miss out on legal rights of legitimate migrants

A TNT immigrant will never be entitled to any privilege. Living in another country, other than the one a person is used to, is very difficult especially in a first world country that is highly commercialized. One cannot live without a cellphone, a vehicle, credit cards, and others. And these privileges are totally impossible for TNTs to avail of. Moreover, insurances and hospital privileges are very important areas well denied of TNTs.

A TNT will find it hard to seek justice in cases of abuse or maltreatment. A TNT cannot seek the help of the authorities in case he or she gets harmed. Even in the cases of robbery, car accidents, and other crimes, a TNT will not have the opportunity to receive help from the police and other authorities.

While amnesty program can help illegal immigrants escape the full wrath of the law, the disadvantages outweigh the benefits.

As a US permanent resident, one of your responsibilities to the government is to provide accurate contact information. One...
Living in America