In ordering the suspension, the POEA cited in an advisory dated 05 August 2022, the improving global health situation and high vaccination rates among overseas Filipino workers (OFWs).

The Expanded Compulsory Insurance Coverage for returning OFWs and direct hires was the subject of Department Order No. 228, Series of 2021 issued by the Department of Labor and Employment (DOLE). Undersecretary Bernard Olalia, concurrently the Officer-in-Charge of the POEA, said that the department order was a “protective insurance mechanism against OFWs contracting COVID-19.”
“The suspension will save our ‘balik-manggagawa’ workers and those directly hired by foreign employers at least $35 (P1,700.00) worth of mandatory insurance coverage while reducing the number of requirements imposed by the government. Malaking ginhawa ito para sa ating OFWs,” Ople said. 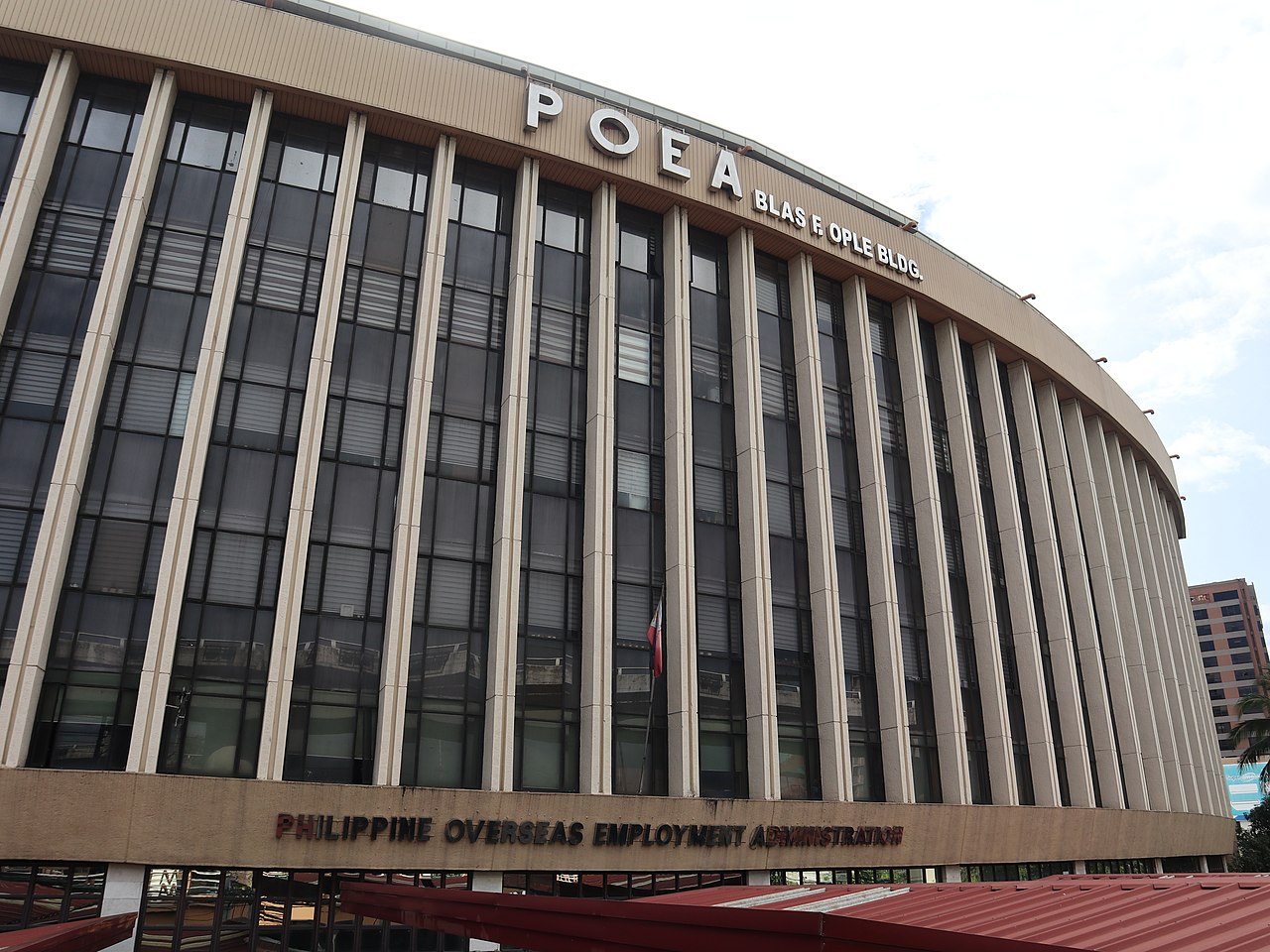 Ople said that she has received feedback from OFWs who were confused if they should continue to pay for the expanded compulsory insurance even when the country remains under Alert Level 1 and other countries have reported lower COVID-19 infections and have begun to loosen travel restrictions.

The DMW Secretary, however, clarified that the mandatory insurance coverage for newly hired OFWs remains valid and in place because this was set by law. 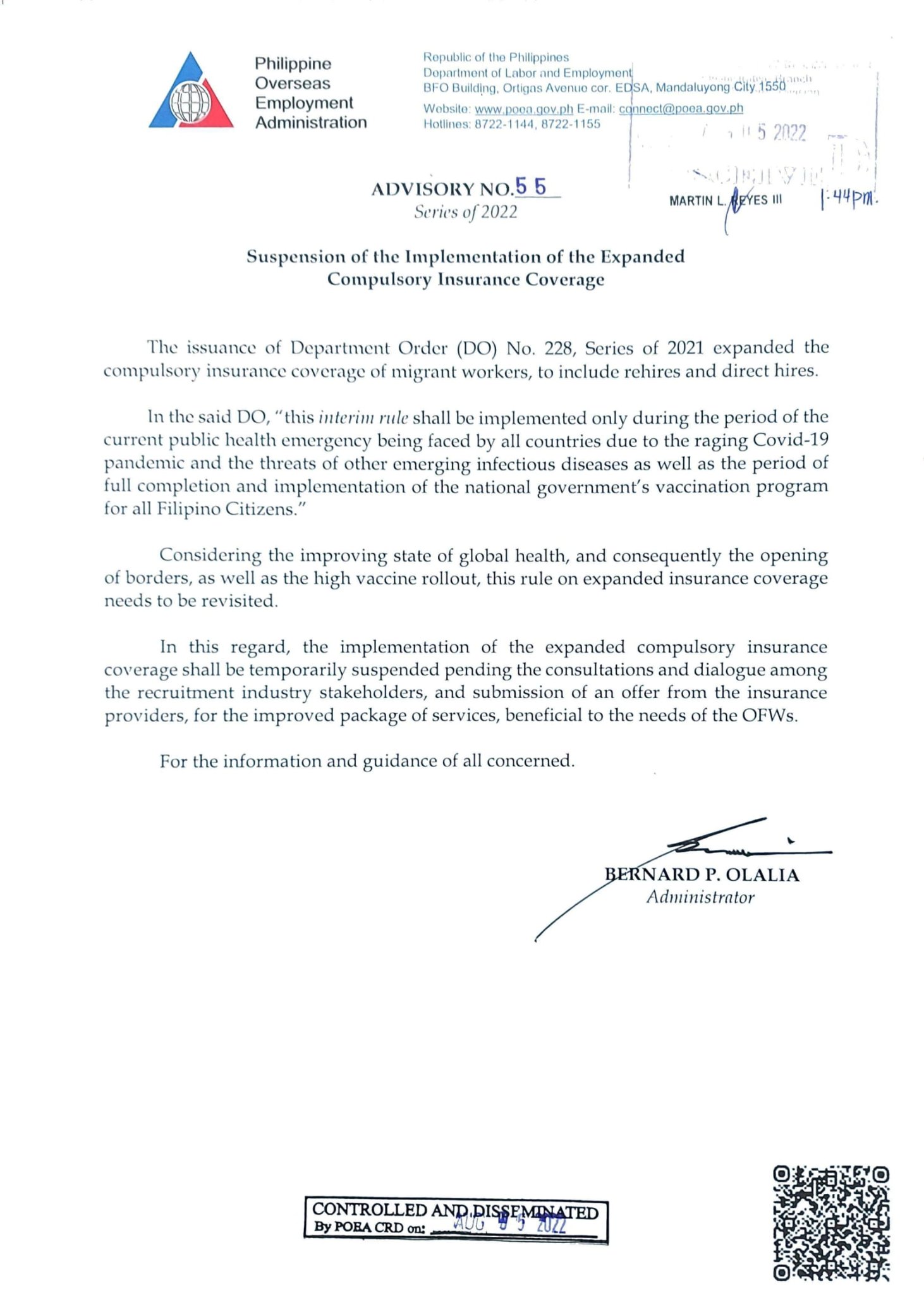 Among other provisions, the Department Order requires employers or the workers themselves to pay for the insurance coverage subject to a full refund on the first day of arrival at the worksite or country of destination.

Ople noted that the benefits of such an insurance scheme for rehired and directly hired overseas workers at the height of the COVID-19 epidemic have yet to be established.
“The order to suspend will be followed by a series of formal consultations with all stakeholders most especially our OFWs in different parts of the world via online meetings since they were meant to be the primary beneficiaries of DO No. 228,” Ople said.

She said the consultations will also enable the DMW to report on the progress of other programs and services, including ongoing efforts to cut red tape and carry out the digitalization of the overseas employment certificate (OEC).

“We will continue to reach out to our stakeholders so that our goal to make the DMW the home and sanctuary of every OFW is attainable,” Ople said.

List of One-Stop Service Centers for OFWs in the Philippines