An undocumented worker is someone who is not duly recognized by the government as a legitimate worker. He or she can be an alien citizen unauthorized to work in a country, due to lack of qualifications, visa restrictions or not registered at a labor agency for verification. 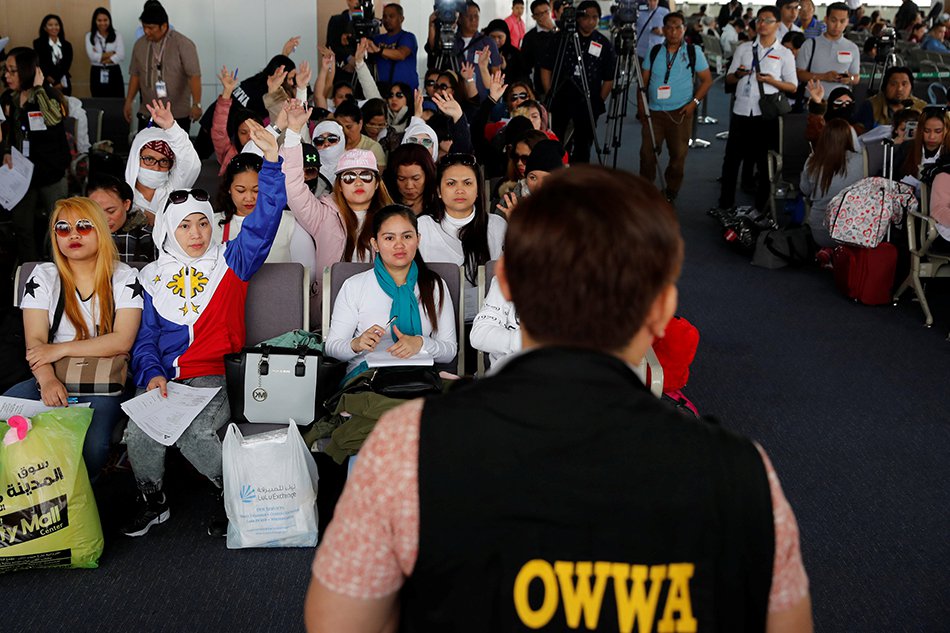 Undocumented workers, specifically undocumented overseas Filipino workers, can be classified as a deliberate act or an act of deception. Deliberate act involves wanton disregard of proper channels and bypassing them to avoid additional expense, further scrutiny, or expedite deployment. For example, even if an applicant of a domestic helper job is below the legal age for deployment abroad, the applicant or an accessory will attempt to forge identity papers.

Meanwhile, an act of deception involves fooling an applicant to believe that a job offer in Dubai exists and promised benefits and wages are guaranteed. However, the deployment to Dubai was only temporary as the ultimate destination is another nearby country in which the Philippines has no labor agreement on the protection of workers. Also, illegal recruiters are those who fall under this category. They deceive applicants into paying them sums of money for such empty promises.

In both deception and deliberate act, the applicant will pay the price — literally and figuratively.

Whether the product of own doing or someone else’s folly, an undocumented worker will soon find out that the outcome was not worth the effort. That’s because being an undocumented OFW carries various risks.

As a violator of immigration laws, an undocumented worker cannot be called a law-abiding citizen. Thus, he or she cannot enjoy the rights of other workers who arrived with the right visa or produced adequate documentation. Instead, he or she becomes subject to exploitation, such as the recipient of lower / delayed wages or unfair labor arrangements. They are also more vulnerable to sexual abuse and other forms of maltreatment. That’s because criminals and rogue employers know that they won’t run to authorities for fear of fines or outright deportation. Therefore they are willing to take much lower compensation than starve or getting caught by the authorities.

That is why some undocumented Filipinos resort to TNT: tago ng tago.

Filipinos who are under this classification may also experience discrimination and other forms of abuse. They can run towards Philippine missions abroad, but there’s only so much in aid they can receive. Without membership of OWWA, for example, the victim cannot receive welfare benefits such as insurance, livelihood assistance, and loans, as accorded to legitimate OWWA members.

Undocumented workers are often on the lookout for work opportunities so they can earn a living. But such opportunities are too few and often laid in harsh conditions. For example, the worker may be asked to work longer hours, deprived of food and rest, and granted lower pay, often delayed. They cannot avail of medical assistance and other forms of government welfare available to legally employed foreign workers.

Undocumented workers are in constant fear of getting tracked and someday finally fall into the hands of the authorities. That is why such workers may prefer to stay isolated and avoid contact with other people for fear of getting discovered as illegal workers.

Undocumented workers may be labeled, but they are citizens of the country first. Therefore, the Philippine government should look after their welfare. In certain cases, the government shoulders part of the repatriation costs. This taxpayer’s money could go towards public infrastructure or healthcare. Now, it is spent to supply food or rent spaces to accommodate undocumented workers.

It is not only the fiscal budget that gets impacted. Consular staff will need to accommodate additional distressed Filipino workers on top of their daily work. This effort includes assisting groups of undocumented workers pushing wheelchairs, helping in them filling out forms or scouting for additional spaces to accommodate distressed workers.

Worker may have difficulty in applying for jobs in the same country.

The stigma does not end when a worker arrives home. It could recur in the distant future while applying for a working visa or migrating via legal channels. With a tarnished record evidenced in the immigration database, the worker may get denied the visa or disapprove of a working visa application. Worse, the traumatic experience may trigger panic attacks while the worker is falling in line at the immigration.

Worker will settle in the imagination of worried family members.

Family members feel worried about the plight of undocumented workers who may have been conned by unscrupulous individuals and fell into the trap of being a human trafficking victim. They soon will ask the government’s help to rescue their distressed family members. Communication with them may be random and few and between, depending on the availability of time and resources.

The worst nightmare could be in the untimely death of an undocumented worker abroad. There have been cases when no OWWA benefits were granted to beneficiaries of undocumented workers because of their backdoor deployment. They may rely only on the kindness of strangers and neighbors.

1 SALES AND MARKETING STAFF At least High School Graduate. With good communication skills. Willing to be train and assign outside Davao...
Admin & HR

7 Things New OFWs Need to Understand Before Working in Japan

How to Apply for POEA Job Orders