One of the core programs of the Overseas Workers Welfare Administration (OWWA) is the Reintegration Program wherein returning OFWs are given the necessary trainings and a livelihood undertaking to start with.

In OWWA Davao Region, several OFW returnees have already availed of the program and are now successful in their chosen business. Here are some of the success stories of program beneficiaries who availed of the agency’s reintegration program:

Marilyn Beierly, 45 years old from Tuban, Sta. Cruz, Davao del Sur worked as a domestic worker in Kuwait for six (6) years. With her desire to work in another country, she applied in Malaysia. But, her journey in the said country was not as good as she experienced in Kuwait. 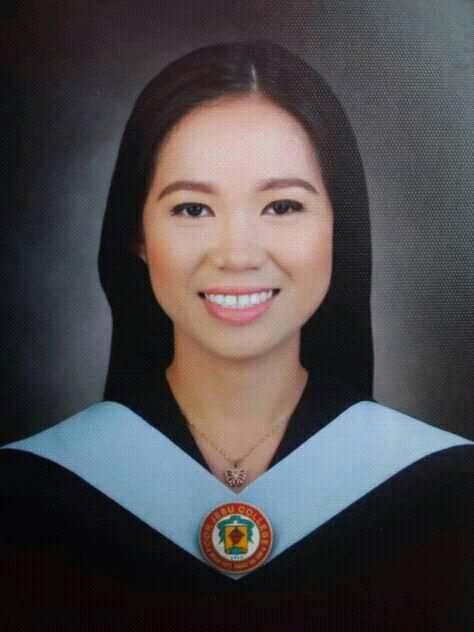 She only served one (1) year with her employer. “I can no longer bare the various jobs given to me by my employer in Malaysia. I worked in long hours alone with less time to rest. Until my body gave up and I decided not to finish my contract,” said Marilyn, who also had unpaid salary aside from being overworked while in the hands of her employer..

As a distressed worker, she availed of the Balik Pinas! Balik Hanapbuhay! Program of OWWA, a package of livelihood support/assistance intended to provide immediate relief to returning member-OFWs (distressed/displaced) amounting to a maximum Php 20,000.00 as a start up or additional capital for the livelihood project.

OFW Marilyn received the livelihood assistance on March 27, 2020. The amount was used to purchase a variety of goods which she sold in her sari-sari store located within their residence. “I feel blessed when I received the check from OWWA. It really helped me to recover, especially now that we are experiencing a pandemic. The income of the store has contributed a lot in sustaining the needs of my family,” she relayed. She added that, her husband worked as a company security guard, but his income is not enough for them. “I am so grateful to OWWA for giving me the opportunity to recover through the livelihood assistance. Now, that I have my own source of income I can help my husband in providing the needs of our two daughters.,” said Marily who is now the present Vice-President of Tuban OFW Family Circle.

As an active member of OWWA, her daughter, Jelyn Beierly qualified in the Education for Development Scholarship Program (EDSP) in 2018. Jelyn was in her fourth year when she availed of the program. She finished Bachelor of Secondary Education Major in English at Cor Jesu College, Digos City, Davao del Sur. She also passed the Licensure Examination for Teachers (LET) in 2019. Presently, she accepts tutorial services at home while waiting for her plantilla item in one of the public schools in Davao del Sur. “The scholarship program of OWWA greatly helped me in pursuing my dream to become a teacher. Though I only got one year scholarship grant, it helped to lessen the financial burden of my parents. I am encouraging other OFW dependents to avail of the scholarship program of OWWA because it will not only help us financially, but they will also help us develop socially and mentally,” said Jelyn.

A 42-year old OFW was able to survive after a distressful experience while working abroad. Florabel Gillo from Coronon, Sta. Cruz, Davao del Sur worked as a domestic worker in Kuwait. She was not able to finish her 2-year employment contract due to maltreatment. “I was not treated well by my employer. If they are not satisfied with my job, they will hit me and will not give enough food,” she relayed. When she can no longer take the treatment of her employer, she asked for assistance from the Philippine Overseas Labor Office (POLO) Kuwait and was able to return home on January 12, 2019. When she learned about the Balik Pinas! Balik Hanapbuhay! Program of OWWA, she applied and submitted a proposal on hog raising. Her application was approved and received the livelihood assistance amounting to PHP 20,000.00 on November 20, 2019. She immediately started her hog raising project. 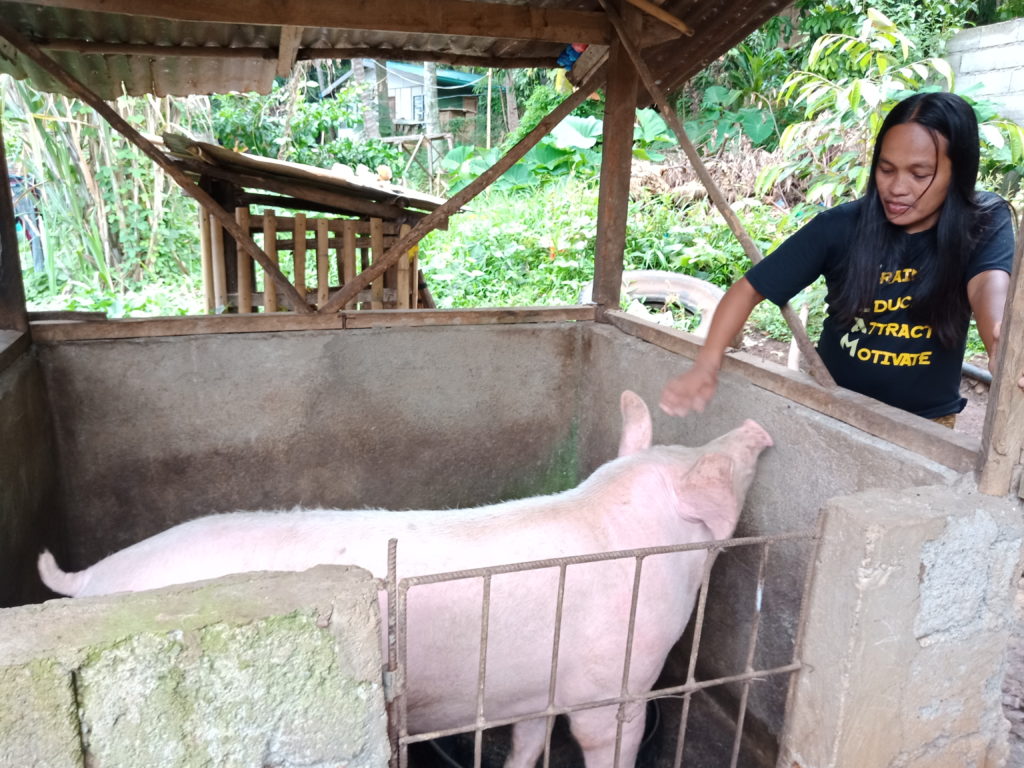 With proper management, OFW Florabel earned much from her hog raising project. Part of the income was invested to sari-sari store and automated vendo car wash. “I am grateful to OWWA because the livelihood assistance given to me served as my way to recover from the bad situation I experienced abroad. With determination and courage, I was able to multiply my income. The income I earned from the store and the car wash helped me in sustaining the needs of my family,” she said. She added that the income of her husband as a tricycle driver is not enough for them so she finds ways to earn additional income. “I also thank OWWA for their encouragement and guidance. With its support, I was able to manage my livelihood project well and provided me better income,” she added

Melodina Estomata, married with four (4) children considered herself as one of the successful beneficiaries of the reintegration program of OWWA – National Reintegration Center for OFWs (NRCO). She started her hog raising project in September 2018 after she received her livelihood assistance worth Ten Thousand Pesos (Php 10,000.00) under the Balik Pinay! Balik Hanapbuhay of OWWA-NRCO. OFW Melodina worked as a domestic worker in Riyadh, Kingdom of Saudi Arabia in 2016. She was not able to finish her employment contract due to maltreatment. She was assisted by POLO Riyadh and was able to return home in 2018.

Like OFW Florabel, Melodina finds success in her hog raising project. According to her, the income after 2 croppings was invested to sari-sari store and food business. She was also able to buy seven (7) units of computer for her internet shop and acquire a 1 unit of vending machine for PISO net (wifi) installed at their residence in Tuban, Sta. Cruz, Davao del Sur. “I never expect that the financial assistance I received from OWWA –NRCO will provide me better income. With the support of my husband and relatives, I was able to manage my business well,” she said. Using her skills in cooking, Melodina cooks a variety of foods for delivery to her friends and neighbors on special occasions. 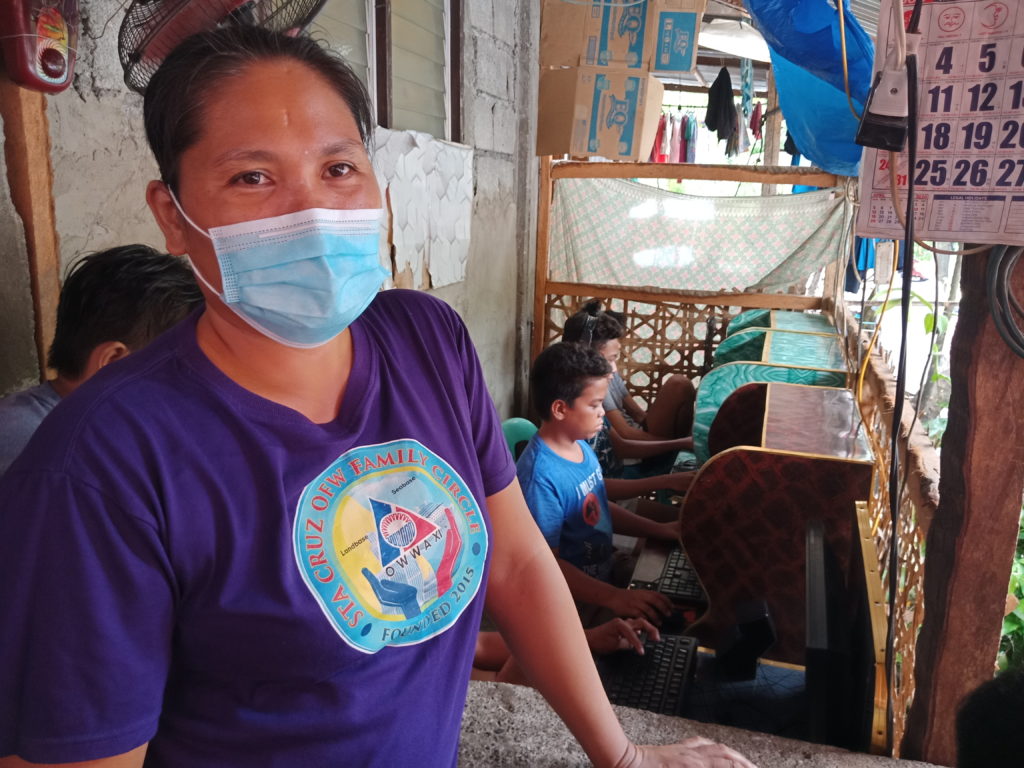 The livelihood assistance granted to her by OWWA greatly helped her in sustaining the needs of her family. “The income of my store and internet shop helped in the education of my children, especially with my eldest son who is now a second year in nursing. I need to work hard for them because my husband could no longer work because of his illness,” relayed the 40-year old mother. She thanked OWWA for giving her the opportunity to earn income without leaving her family. “Now that I have my resources, I will try my best to make this more productive for the good future of my children,” said Melodina who encouraged other distressed workers to never give up and find ways to earn income.

The reintegration program of OWWA has able to help distressed workers recover and find other means to live. It is one way of uplifting their lives and empower them to become successful entrepreneurs. (END)

OWWA XI Provides Free IT Training for OFWs and Their Dependents