Calls, Messages That Bridge OFWs and Families Back Home

List of Luggage Items Considered Taxable by Bureau of Customs

As Filipino workers begin their journey for higher paying jobs abroad, they drift away from their comfort zones. They resign from their stable jobs, depart from their families and move on from their traditional lifestyles and transition to places chracterized by different culture wit a feeling of uncertainty.

The reality of life for OFWs

Teary farewells at hometowns and airports depict the void being separated from family and loved ones. While OFWs eventually manage to adjust to live in the new workplace, the feeling of homesickness and being alone persists for a while. Working abroad provides income bigger than back home, but it comes at the expense of time with family. They spend their their days off sometimes scouting for gifts, visiting the remittance centers or packing their balikbayan boxes. OFWs believe that nothing can replace time with their families back home, but they also hope money they send, Christmas gifts and balikbayan boxes are tangible proofs of their love from a distance.

Communicating with families has come a long way. From letters sent via post office that do not arrive in weeks or recorded casette tapes attached to balikbayan boxes, OFWs have benefited from technology. Now, instant messaging has become widespread not only in availability, but also in players, offering to provide better communication experience between Filipinos abroad and their families.

With more areas covered by free wifi, it is even possible to make long distance calls without paying for phone cards and long-distance rates. However, not everyone can enjoy such privileges. For example Skype and FaceTime are banned in the United Arab Emirates, where over half a million Filipinos are based. And when these applications do work, new sets of problems emerge. This can be in the form of such as expensive data costs, weak communication signal or concerns over privacy.

With all these issues facing instant messaging and other communication apps that were designed primarily to bridge the distance between overseas Filipino workers and their families, another alternative product from home-grown developers can now be used.

mit messenger is not just another player trying to enter the crowded space of text, voice and video call applications. 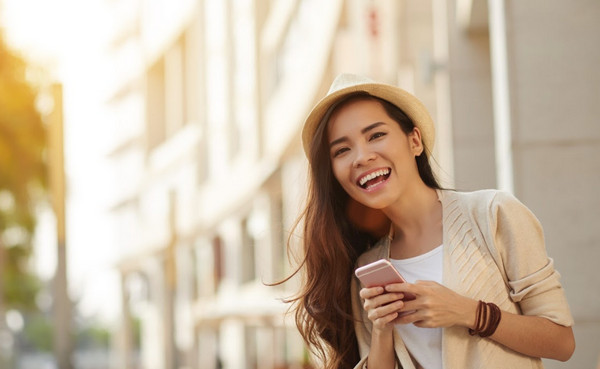 Being aware of the primary concerns of Filipinos back home when it comes to communicating via smartphones — slow signals, expensive data costs and so on — mit messenger was designed to address these issues.

It has lowest data usage

A 7 minute voice call typically uses only one megabyte of data. That’s a lot of savings for data-deprived callers who often rely on free wi-fi connections to save data bandwidth. The same benefit OFWs enjoy as the app stretches the lifespan of their mobile data subscriptions. 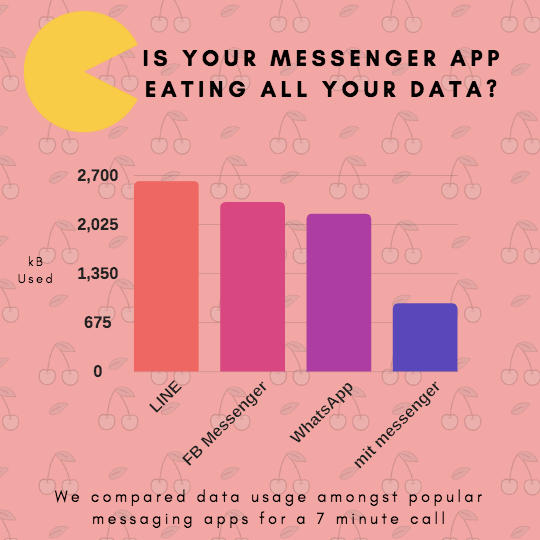 It works on areas with poor connections

To many Filipinos whose areas have poor communications coverage, a clear, crisp connection is a luxury. People simply want to communicate. Thankfully, mit messenger works in places with limited cellular coverage such as 2G/3G connections.

In case you or your family members are more comfortable with Tagalog interface, mit messenger also has this language as an option.

There’s no server to tap into your conversation

Unlike big-name services, mit messenger does not utilize a server, so connection is direct between two parties. So nobody can spy on your messages or tap into your conversation. To learn more about other features, check out the following video:

Endorsed by people close to us

mit messenger’s main objective is to provide good coverage of calls and messaging between Filipinos abroad and their families at all walks of live. Whether they live in the city or in rural areas, mit messenger wants to make life better and ease the pain of separation and homesickness.

Sen. Manny Pacquiao, though never was an OFW, has mirrored life of hardworking Filipinos abroad. He was raised from a poor family, skipped school to become a laborer to support his parents and siblings. His passion for what he does defied the odds many times, even before becoming the only eight-division world champion in the history of boxing and ranking as one of the greatest pound for pound boxers of all time. Even now that he is serving as a senator, Manny Pacquiao remains humble and steadfast in his advocacy to help less-fortunate Filipinos. 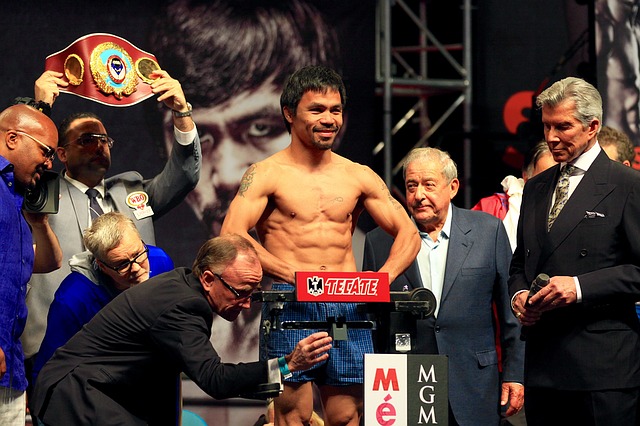 No wonder, his endorsement of mit messenger means a lot. 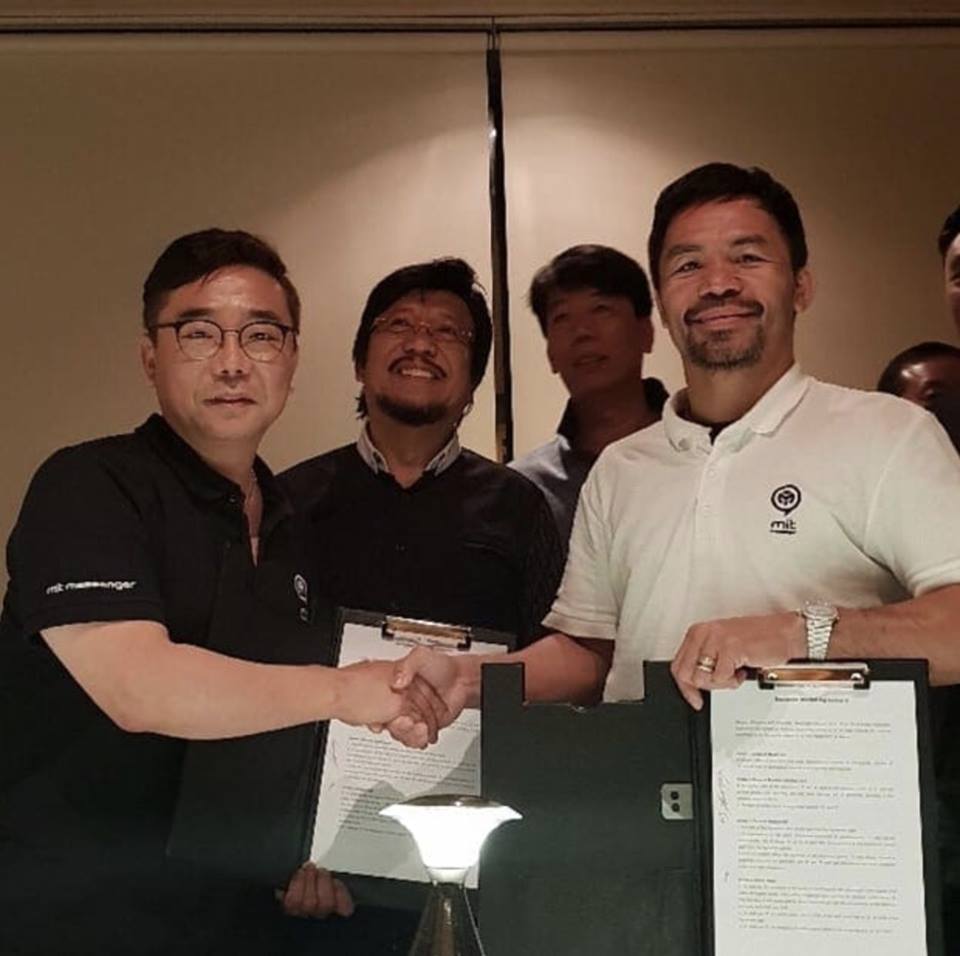 What users say about mit messenger

Check out the reviews from mit messenger users who have tried it out. 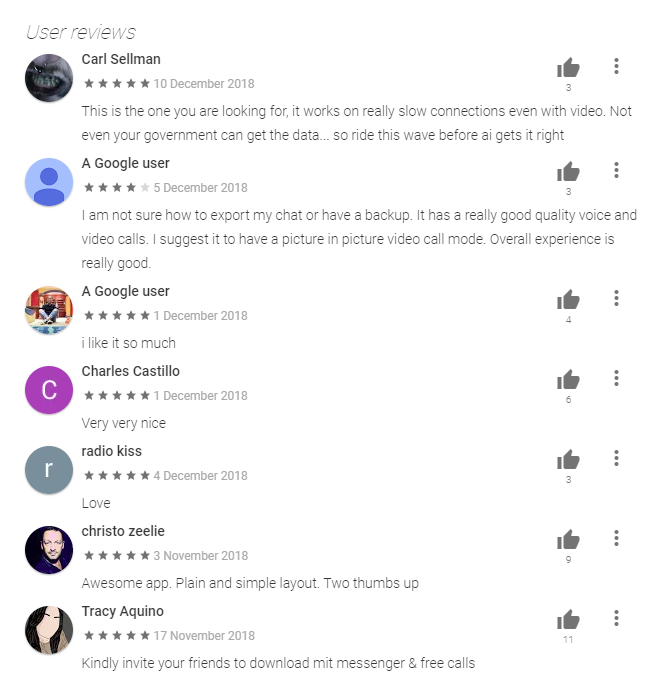