The Orphans We Left Behind

10 Tips for OFWs Returning to the Philippines

Why You Should Not Use Your Passport As Loan Collateral

3 Domestic Worker Superstitions You May Not Be Aware Of

What an OFW Needs to Know About Employment Contract

How to Apply for SSS Retirement Pension Benefit

In July 2011, when I got home from Libya after a long, arduous journey due to the war, I visited my son’s school.

His Grade 5 teacher pulled me to a corner, and in a hushed tone, said, “It’s good that you’re back. Your son suddenly cried in class the other day. He did not reply when I asked him why, but his friend told me that he was very much worried about your situation in Libya. I felt so bad for him.”

It was only then that it dawned on me the emotional and psychological torture I had caused my children. Most likely, my 15-year-old daughter felt the same. I thought that the daily overseas phone calls I made (my Internet connection in Libya was cut off at that time) were enough to calm them. But I realized that beneath the usual façade of normalcy, my children feared for my safety to no end. If my son cried in class, how much could he have cried in bed at night?

My children’s relief was short-lived. To their utter disappointment, after three months, I still returned to Libya for one more year of teaching, which ended in mid-2012. Then, in 2013, after a year of respite from overseas work, I packed my suitcase again and left for Oman, where I still teach up to the present time. Our lives have become an annual cycle of “hellos” and “good-byes.”

Experts now call children like mine “migration orphans” — that is, children (below 18 years old, as defined by The Convention on the Rights of the Child) whose parent or both parents are away working abroad. In 2011, the Institute For Labor Studies of the DOLE estimated the number of Filipino migration orphans to be nine million.

When it comes to these children, questions are begging for answers. How does the diaspora impact them? How does the absence of a parent or both parents affect their physical, emotional, and mental well-being? Although research about the social costs of labor migration is limited (and conflicting at that), it has raised some salient points worth looking into.

One positive finding is that most children of migrants enjoy material comforts and that they are generally healthy. The remittance enables them to buy not just necessities but some luxuries as well. At the same time, they can afford nutritious food and medical care from competent doctors.

Another finding is that most children of migrant workers are enrolled in private schools. This is both positive and negative. Private schools offer more comfortable learning environments, and their students are also more closely monitored by school staff. Misbehavior and poor performance are readily reported to guardians and parents — thereby allowing time for early intervention. In public schools, such monitoring is hard to do, considering a large number of students.

In terms of academic performance, there is no clear and conclusive evidence that the absence of the parent causes poor grades. Children of OFWs fare just as well (or just as bad), as the children of non-OFWs. However, it has been observed that more kids of OFWs are engaged in extra-curricular activities like sports and theater clubs. Most likely, it is because they have the money for these activities, and it is their way of coping with loneliness.

When it comes to emotional and psychological aspects, a significant finding is that the absence of the mother has a more negative impact on the children than the absence of the father. According to Vanessa Tobin of UNICEF, studies show that there is more disruption and displacement in the family when mothers leave. And this is because many stay-behind fathers are not resilient enough to take on the mother’s caring roles such as doing housework, taking care of the children, and giving them emotional comfort.

Fathers usually pass on the responsibilities to other female family members such as grandmothers or aunts, or they pass such onerous duties to the eldest child. As a result, these eldest children tend to experience fatigue and feel depressed and angry. And when the emotional needs of younger children are not adequately met, they, too, feel negative. However, many children are reluctant to openly express how they think because they are afraid of being branded as ungrateful and irresponsible. 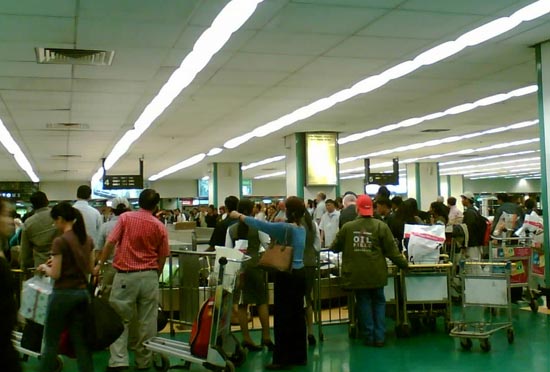 Many OFW parents tend to worry more about younger children. However, a study initiated by Miriam College reveals that preschool children (0-5 years old) find it easier to deal with parental absence because the long period of affection has not been established yet. On the other hand, it’s teenagers who are having a harder time dealing with absent parents.

Adolescence is a period of drastic biological, physical, and emotional changes. Dealing with all these changes and at the same time, not having parents to guide them immediately is challenging. Thus, many of them become resentful. Such resentment is heightened when they are forced to take on the duties left by the parent. Juggling schoolwork and family responsibilities is tough for any teenager. However, the upside is that these children develop inner strength and self-reliance.

In another study, children of OFWs were asked to complete a sentence: “I wish…”. Younger children answered “material things.” I wish for a new toy. I want new clothes. However, most of the teenagers replied, “I wish for a complete family” or “I wish to spend time with my parents.” Children were also asked: “Are you willing to give up material things in exchange for the permanent return of your parent?”

The younger children said, “NO,” while the teenagers said, “YES.”

Considering this particular result, OFW parents should exert extra effort to reach out to their teenage children. They can use phone calls, text messages, video chat, e-mail, and social media. Parents should explain the situation to their children and make them aware of their plans. Children should also feel that their parents are willing to listen to their problems.

Parents should show interest, not just in their children’s grades (which is the usual case), but also in their social lives. Where do you hang out? With whom? What do you enjoy doing? Ask as an interested friend, not as a nosy, suspicious parent. Some teenagers do not respond with enthusiasm or do not respond at all. Some even show annoyance at being asked. That’s okay. Continue asking them. It’s better that they get annoyed because you wondered than they feel hurt because you never asked.

Here is another finding: some children complain that their OFW parents don’t correctly say goodbye. The parents leave in the middle night when the children are sleeping, or when they are at school. Of course, this is in connivance with the spouse or other adult family members.

The children wake up in the morning or return from school — to find out that their mother or father had gone away. Then, after two or three days – they get a phone call from the parents saying that they have arrived safely in another country. Parents who do this don’t realize how painful it is for their children. They feel betrayed and abandoned. Eventually, they develop a lasting grudge against their parents.

Saying goodbye is heartbreaking. But not saying goodbye to the children — just escaping in the middle of the night — is so unfair and cowardly. No matter how hard it is, OFWs should tell their kids that they are going away, why they are going away and for how long. This should be done two or three months before departure. This will enable the children to cope in a better way.

Another serious problem faced by children is abandonment. The OFW finds another partner and decides to leave his or her family in the Philippines. Financial support and communication stop, or at best — are scant. The situation worsens when the stay-behind spouse does the same thing: finds another partner and also leaves the children to other relatives who sometimes mistreat them.

Parental abandonment puts the children in a tough situation. They drop out of school and experience hardships like starvation and child labor. Some fall into drug addiction, crime, promiscuous sexual relationships, and other dangerous activities.

Parents should remember that their children did not ask to be taken. Children exist because of the actions and decisions of their parents. Therefore, no matter what happens to their relationship with their partners, parents should never abandon their children. Parents are accountable for the welfare of their kids and should spare them from the conflict with their partners. If money has become a problem, an explanation is enough for the children to understand. Not being able to send money is sometimes understandable; not communicating is not. So, don’t make the lack of money an excuse for lack of connection.

Here is another point. If the parent is not sure about the character of the potential guardian, then he or she should not go abroad. Children should not be left to adults (even if that adult is the father or the mother) who have a history of alcoholism, addiction, violence, and mental instability. They will likely endanger the kids or abuse them sexually and physically. If this happens, the children will be scarred for life — and no amount of money can compensate for that.

And of course, there are endless tales of migration orphans who become orphans, literally. Some OFWs die abroad. They get sick, they get murdered, they meet fatal accidents, or they commit suicide. The children — dreaming of that blissful reunion with their parents — suddenly face a lonely and uncertain future. They are left alone to pick up the pieces of their lives while clinging to old photographs and distant memories of their departed parents.

Having millions of migration orphans in one small country is sad. Life is short, and to spend so much of it away from parents is unfortunate. As OFWs, let’s wish for that time when our children would come home every day to our waiting arms. But it’s not enough to want. Let us act. And act fast before time outruns us.

Marily Sasota Gayeta is currently an English lecturer in Salalah City, Oman. She has held this job since September 2013. Before coming to Oman, she was also an English lecturer in Sebha City, Libya, for three years. Marily studied Bachelor of Secondary Education major in English at Tomas Del Rosario College in Balanga, Bataan ( her hometown ) and earned her MA in English Language Teaching from the Philippine Normal University. Her career, which spans more than 20 years, also includes teaching Vietnamese refugees in a training camp in Bataan and teaching collegiate English in three private colleges in the same province. She enjoys watching action movies, listening to rock songs, reading, and writing. Her articles and poems are available on www.gardenerofthoughts.blogspot.com and mgatulamulasamalayo.blogspot.com. Marily is married and has two children.