We have probably grown tired of the negative things that have been said about us as a people. We hear them being said all the time, anywhere, and sometimes by our fellow Filipinos themselves. Being reminded of our weaknesses and limitations is good.

But sometimes discussions can be so mean that you start wondering if they are not meant to simply put us down and embarrass us instead of helping us change our negative ways.

We foster camaraderie and closeness to one another

Visit any neighborhood in the Philippines and you’ll see people helping each other in times of need and sharing their blessings in times of abundance. In many areas in the country, neighbors consider themselves relatives even if by blood they are not related. The fact that they live close to one another other is enough for them to consider themselves as real brothers and sisters.

Even abroad, Filipino communities gather as a way to ease homesickness and remind each other of where we come from. Even if strangers at the beginning and belong to a different backrgound (religion, language and way of life), Filipinos abroad manage to mingle and interact as if they are long-lost friends, expanding their network in the process. The curious but simple introduction “kabayan” is enough to rouse interest and start a meaningful conversation that can go a long way.

Related: Bad Traits of Many Filipinos

We have strong family ties

It’s more than just for economic reasons that members of Filipino families stick to each other. In the Philippines, it’s common to see two or more families sharing a roof, not just to split household expenses and thus be able to save a little, but more so because we make sure the family is intact. Filipinos know that when things get really bad, they have nobody but their families to depend on.

For Filipinos working abroad, family connection is evident through the regular remittances sent to families back home. In fact, this is the singular main reason why many Filipinos work abroad: to provide a better future to their families. Among the Filipino diaspora, love for family remains intact, despite influence from other cultures. Filipinos likely provide personal care for aging parents than bring them to aged care facilities.

We have strong faith and devotion to God

Some people blame the poverty in the Philippines on religion. But what they fail to see is that the Filipinos’ strong faith in God is what keeps them going in times of adversities. They know that God doesn’t give them trials that are too much for them to surpass. This devotion also translates to being kind, humble and generous, even if many Filipinos live in poverty.

In many foreign countries, Filipinos populate their churches, serving as choir, readers and other services. 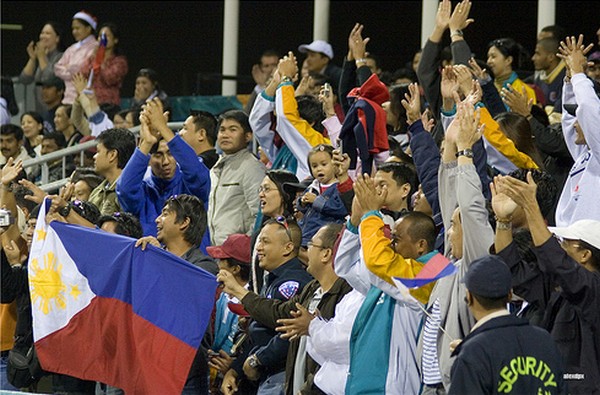 We are flexible and adaptable in many conditions

Place a Filipino in a difficult situation and rest assured he will find ways of getting out of it without difficulty. Filipinos easily adapt themselves to their surroundings and to situations they find themselves in. Life’s difficulties have honed the Filipino survival skills. While other nationalities will break in some really difficult situations, Filipinos bend and adapt and will likely never break.

Whether in Alaska or in Africa, many Filipinos have adapted to environments that are different from where they are accustomed to. And even if this means abuse and discrimination at work, Filipinos have managed to carry on with their jobs with dedication and hard work.

We have sense of humor

Have you seen those news reports where Filipinos never fail to crack jokes during calamities such as floods, typhoons and other disasters? That’s how we keep our sanity. We don’t break because we love to laugh, even at ourselves. Our sense of humor protects us from going crazy. Laughter is our greatest survival technique.

No wonder that Filipino gatherings tend to be noisy, as we often find creative ways to turn a situation into something more lively.

Related: Best Things We Are  Proud To Be Filipinos