5 Best Cities in Saudi Arabia to Work as Expats

How to Track a Holder of a Saudi Iqama

What Newcomers Need to Do When They Arrive in Saudi Arabia

From the perspective of a migrant worker, the definition of best city usual translates to the accessibility of services (location of labor offices, cultural ties from home country, consulates and embassies and welfare organization), availability of public infrastructure and proximity to workplace.

It is of little wonder, therefore, that the cities in Saudi Arabia that made this list are among the largest in the country.

Jeddah is hands down one of the best cities in Saudi Arabia for expats to live in. First of all, it is full of foreigners. You’ll find them scattered about in all the restaurants and coffee shops. It is also across the sea from Egypt and the entire African peninsula, so it is a great spot from which one can travel. Jeddah is also a coastal city, and although going to public beaches in swimwear is forbidden, you can drive to one of the many private beaches and enjoy a “normal” day out at the beach.

Another popular coastal city, albeit smaller than Jeddah, is Dammam. It does not look anywhere near as busy, and real estate is definitely cheaper. There are many outer suburbs, which add to the population, but the city looks rather decentralized.

The big advantage is the fact the American compound ARAMCO is located in Dhahran. ARAMCO is a full-blown compound-town full of expats you can meet and hang out with. The compound itself is full of Western amenities.

As opposed to Jeddah and Dammam, Riyadh has no beach, nor is it anywhere near one. It is smack dab in the middle of the desert and can get very cold at night during the winter months. Major sandstorms also often hit Riyadh, which really plays a number on the sinuses and allergies. You’ll find there is a little animosity between Riyadh Saudis and all other Saudis, since the former consider Riyadh the “conservative” seat of power. The religious police are a lot more prevalent in Riyadh and law is strictly enforced.

It is a huge metropolis with all the conveniences that major, modern cities possess. Although its traffic is hectic and disorganized, you can find almost everything you want along its sprawling streets and massive shopping malls. 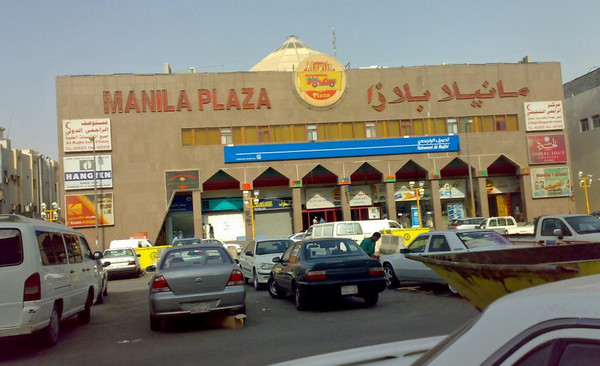 Living in one of the two holy cities of Islam is an experience to behold. For those who love Arabian lore and culture, there is hardly any better place to explore religion than Medina. It is only a few hours away from the coastal city of Jeddah, and offers a decent amount of teaching jobs.

Medina is a religious place and is meant for those looking to immerse themselves in Saudi Arabian or Muslim culture. For those looking for fun, Medina is most definitely not the place for you. The city itself is beautiful, with large domed minarets and a rich heritage. You will also find many coffee shops (including Starbucks), as well as plenty of venues to eat. It definitely caters to a more relaxed, pseudo-intellectual crowd.

Mecca is the largest of the Two Holy Cities of Islam and the place were over one billion Muslims pray towards every day. It is a mix of new and old. The expansive city looks archaic and dusty, yet the Abraj Al-Bait rises up from the center of the city in a show of modern defiance.

It holds several world records, which include the biggest hotel in the world, the tallest clock tower in the world, and the world’s biggest clock face. It is absolutely massive; you need only look at photos to understand. Although Mecca is quite conservative, its people are very kind.

Expats may vary in terms of preference and experiences so this list is by no means an accurate representation of the whole migrant community in Saudi Arabia.