What Expats Should Expect During Ramadan

Top Filipino Food You Can Find in Saudi Arabia

The holy month of Ramadan requires all Muslims who are in good shape to fast. Muslims all over the world do this. The month long fast is done from dawn until dusk. There are various religious activities during Ramadan, and the Kingdom of Saudi Arabia is very strict in enforcing the rules that govern this religious month of fasting.

All Muslim faithful are required to follow the rules that have been set by Saudi Arabia for them. For newcomers to Saudi Arabia, please be informed of the guidelines, otherwise, you will be penalized for violating. For certain violations, the penalty might be as extreme as deportation.

Non-Muslims, though they are not required to fast during the Ramadan, have restrictions on eating and drinking. Non-Muslims are not allowed to eat in public places during the period of Ramadan. Saudi Arabian authorities are very strict in following the rule on where the non-Muslims can eat and drink, as a form of respect to those who are fasting. The work place is also considered as a public place, so discretion when you eat and drink is a must. The moment a non-Muslim is caught drinking and eating in public, that person will automatically be detained and might be sentenced to a deportation from Saudi Arabia.

According to Saudi Labor Law, every employee has a 4-day vacation that will be fully paid during the Ramadan period. This can be extended to a 15 working days’ worth of vacation leave, but all these would depend on the employer. This law is applicable to Muslim and non Muslim employees. 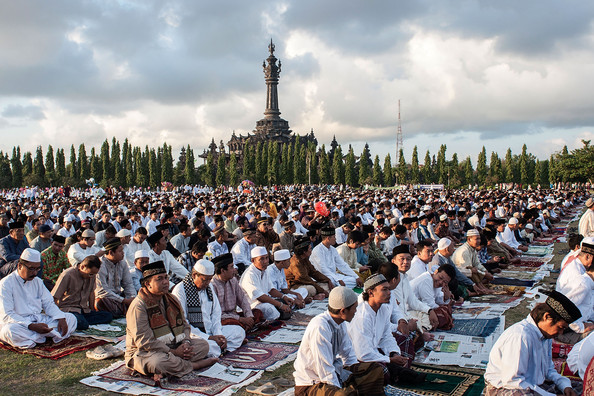 The most crowded times in Saudi Arabia, and elsewhere in the Middle East during Ramadan is after sunset. People will try their best to reach home or be in restaurants so that they can begin eating. The chances of having road accidents are higher on the peak hours so expats who are not aware of such risks are thereby warned.

For those who need to process papers in the government office, be informed on the delays. The delay is due to the shorter work hours during the whole Ramadan season. The processing of the Iqama is usually done in a week, but on the Ramadan month, it will take 2 weeks at the most.

Shopping is surprisingly still very bright and colorful during Ramadan, but this is only possible after sunset. The stores and markets are usually opened 1 hour after sunset. The people do their usual activities after they have taken their evening meal, and normal activities end around midnight. The best time of the Ramadan is the last 10 days before the Eid. This is when everybody will be preparing for the Eid celebration.