How to Compute End of Service Benefits in Saudi Arabia

In addition to homesickness which is commonly felt by Filipinos working abroad, an additional challenge confronts OFWs who work in the Middle East: extreme heat.

Although the Philippines is generally a hot and humid country, the definition of hot weather gets a new meaning when one experiences the scorching heat of the Middle East. Heat is a serious matter since it affects one’s health and capacity to work; in fact, extreme heat can lead to death. No wonder companies have made adjustments to address this issue.

In Saudi Arabia, the hottest months are from June to August. Daily temperatures of 43°C (110°F) are a common observation and nights do not bring much relief as well as the breeze which only blows hot air as though you are facing a hot interior in your oven. 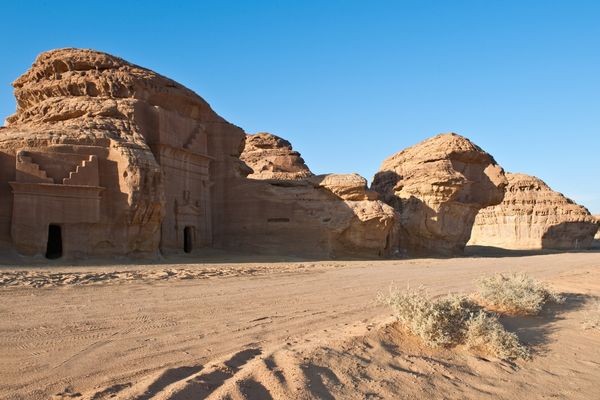 Why it is hot in Saudi Arabia

According to World Bank’s Climate Change Knowledge Portal, Saudi Arabia is characterized by a desert climate, with the exception of the southwestern part of the country, which exhibits a semi-arid climate.

With the exception of the province of Asir on the western coast, Saudi Arabia has a desert climate characterized by extreme heat during the day, and sudden drop in temperature at night. The average summer temperature is about 45°C, but readings of up to 54°C are not unusual.

Since workers need to deal with this climate condition, there are things that they can do to mitigate the struggle and survive in this country.

Extreme heat events can put your health at risk, in some cases even life-threatening. According to the Saudi Medical Journal, a 1°C rise in temperature from 20°C to 21°C increases the number of patients with Heat-related illnesses by 11%. This means a wider segment of people will be at risk of illnesses such as:

Such risks can be more serious for workers who have medical conditions, so it pays to be mindful of the occurrence of extreme temperatures in Saudi Arabia’s summer season and act accordingly.

How to survive extreme heat in Saudi Arabia

It may take a while for workers to get used to the Saudi climate. Filipino workers who are used to humid weather back home may still find this Saudi climate system on a different level and cause a great deal of discomfort. As the weather is predictable, there’s always a defined set of steps to mitigate the effects of hot weather.

Intense heat induces sweating and excessive sweating can deplete the human body of salt and minerals rapidly and cause dehydration. Drinking plenty of water and other recommended liquids help keep the body hydrated and away from possible ailments like heat stroke while maintaining appropriate body temperature.

Even while the sun is bearable in the early morning hours or during late afternoon errands, don’t forget to put on sunscreen to protect yourself from the damaging effects of extended exposure to the sun.

In addition to using sunblock of SPF30 or higher, pick sunscreens that include UVA/UVB protection.

It is not necessarily right to dress lightly to minimize sweating; the searing heat of the surrounding can also be harmful if you dress very lightly or go naked. A good choice of clothing would be cotton fabric with light colors to help absorb sweat and maintain a constant oxygen supply to the skin.

Keeping clothing loose also increases comfort levels and prevents aggravating skin problems. For construction workers, it could mean extra protective gear such as hats, safety gloves, boots, and other accessories to insulate themselves from intense heat as they work in the open.

Observe the right time to work

Construction workers must observe the right time to be in the field and practice taking breaks to avoid prolonged exposure to intense temperatures in the workplace. Do not work during the hottest hour of the day. If you feel tired and stressed, take a rest in a shaded area; doing so makes you more productive even if you work in less amount of time.

The government of Saudi Arabia’s Ministry of Human Resources and Social Development has imposed a midday work ban since 2006, aimed at protecting the health and safety of workers from the sweltering summer heat. The ban is in effect between 12 noon and 3 pm from June 15 to September 15.

Employers violating the law are subject to a SAR3,000 (US$1,179) fine for every worker involved in the offense. Interestingly, the midday work ban decision excludes workers in the oil and gas companies, as well as emergency maintenance workers, provided necessary measures are taken to protect them from the harm of direct sunlight.

The government of Saudi Arabia has implemented a new set of regulations centered on public decency as the country...
Living in Saudi Arabia