4 Things to Remember When You Arrive at Saudi Arabia Airport

Is Saudi Arabia A Safe Place for Workers?

How to Correct Your Misspelled Name on Iqama

Saudi Labor Law offers relatively generous holiday privileges to migrant workers and expatriates working in the Kingdom. Many Filipino migrant workers may not be aware of the number of vacation leave days they are entitled to. But when followed religiously, companies are bound to grant the following vacations for employees under the law.

Saudi Labor Law stipulates that workers are allowed to have 21 days paid annual vacation. If your contract offers fewer days, you may request your employer during negotiation to increase it to 21 days. It will even become 30 days once a worker completes five consecutive years of service in a company. If this is not what’s being followed by your employer, the company or individual violates Article 109.1 of Saudi Labor Law. However, it should be kept in mind that you can only apply for a vacation leave after completing two years of employment with the Kafeel — the Saudi sponsorship system.

Every employee working in Saudi Arabia should avail of vacation leave during the years it is due. Otherwise, it becomes the prerogative of the employer to either accumulate the leaves to future years or forfeit the benefit. 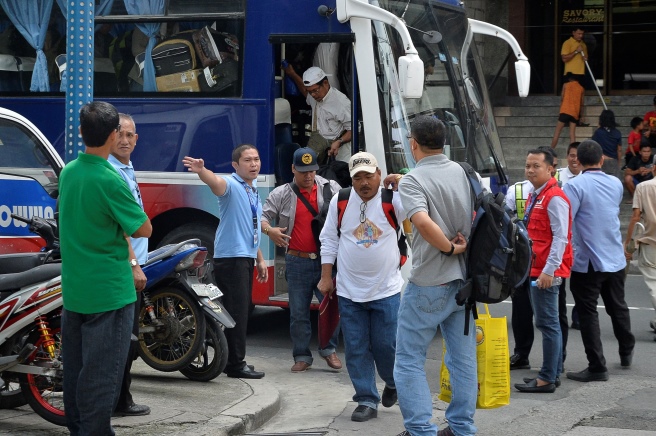 It is possible to connect sick leave with annual holiday benefits. The following lists down the quota which is implemented on yearly basis.

Death in the Family

Under Article 160 of Saudi Labor Law, in case of death of a spouse or any other blood relation in the family (mother, father, brother, sister, son, daughter), workers are entitled to three days paid leave. In the case of a female worker, she is entitled to 15 days of paid leave.

Hajj is the annual Islamic pilgrimage among Muslim faithful held at the holy city of Mecca. If an employee joins the Hajj, he is allowed 10 days of paid vacation leave. However, this is only possible once every five years with the same employer. Also, the employee is required to finish two years with the current company before availing of this privilege.

Employees are given 3 days of paid marriage leave once during their tenure with the company. Therefore, if you will file for two weeks of holiday to get married, 3 days of which will be deducted from Marriage Leave and the rest from your Annual Leave.

According to Article 151 to 156 of Saudi Labor Law, female workers are entitled to 10 weeks of leave to deliver a child: 4 weeks before the delivery date and 6 weeks after. This leave can also be connected with Annual Leave if the worker chooses to. The probable date of delivery is determined by an authorized physician in a written certificate. During the period of Maternity Leave, the company cannot terminate the worker and remove her from payroll.

Maternity Leaves may or may not be fully paid depending on how long has the female worker served the company.

Male workers can also avail of one day of paid paternity leave to attend to a newborn child.

According to Article 112 of Saudi Labor Law, workers are allowed to have 4 paid vacations from 30th Ramadan for the Eid ul Fitr.

In the same Article, workers are allowed to have four days of paid vacation leave from 9th Zil Hajja for the Eid ul Adha.

Celebrated every 23rd of September, the National Day of the Kingdom of Saudi Arabia is a holiday, and workers are granted a one-day paid holiday.

The leaves mentioned above do not apply to household workers, drivers, and visas sponsored by individual Saudis to work at home. A domestic worker is entitled to one month of paid leave after two years on the job with the same employer. They are also entitled to one day off every week.