For serving a Saudi family for just eight months, a Filipina domestic worker has already been rewarded with gifts worth hundreds of thousands of pesos plus half a million pesos in cash to help rebuild her home in Bulacan and for her daughter’s medication, a report from The Filipino Times said.

Mhai San Pedro, 31, of Pulilan, Bulacan, said finding an employer who treats you as a family member is a blessing. She added that her employers ocassionally give her luxury branded shoes and bags but more importantly they also extended their generosity in shouldering her youngest child’s medical expenses. The employers have also been sending her money to help construct her house. In San Juan’s opinion, her employers are a living proof that Arabs are good employers, and so she does her best to return them the favor.

Prior to working abroad, Mhai and her husband earned minimum wages as factory workers in the Philippines. But when their third child was born with pulmonary ailment, and frequent trips to the doctor got them buried in debt, she made a difficult decision to go abroad.

“Di sapat ang kinikita namin. Nalubog ako sa utang. Alam mo yung sobrang down ka na, nilalait at pinagtatawanan pa nila yung kalagayan namin?” she recalled and shared their past on how they survived on eggs for food every day, and their dire situation in a makeshift home, having to use basins to catch rainwater dripping from the ceiling during storms.

From a shanty made with bamboo sticks, the construction of her dream house is underway. 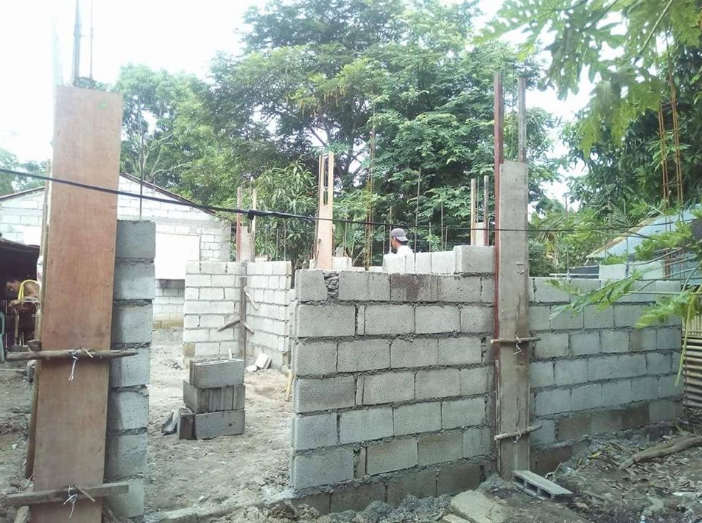