Filipino workers abroad who have been members of Overseas Workers Welfare Administration for the past ten years but have, along with family members, not availed of any benefit from the OWWA Fund may be eligible to OWWA rebate.

The rebate, which OWWA administrator Hans Leo Cacdac announced in 2017, and aligned with Republic Act 10801, will finally be distributed to members in September.

It should be noted that this is an OWWA rebate and not a refund nor cashback.

Who are eligible to receive OWWA rebate?

Not all OWWA members can receive the rebate. Those eligible are the following:

1. Paying OWWA member for at least 10 years.
2. Made at least 5 OWWA membership contribution (OWWA membership is valid for 2 years).
3. Member has not availed any benefit from OWWA such as loans, scholarships or other forms of assistance.

How much is the OWWA rebate?

OWWA members should not expect a huge amount when they get the rebate from the US$25 (or around P1,300) membership fee they paid, Cacdac clarified.

“Yung konsepto sa rebate is commensurate at the very least dun sa contribution. Now, as to whether or not eksaktong amount ng contribution dinidetermine pa ng actuary natin,” he added.

A member’s rebate is calculated based on the amount of his or her contribution and the number of times he or she made that contribution.

As of actuarial computation, eligible members can receive between P941.25 and P13,177.50 depending on the length of contribution as OWWA members. 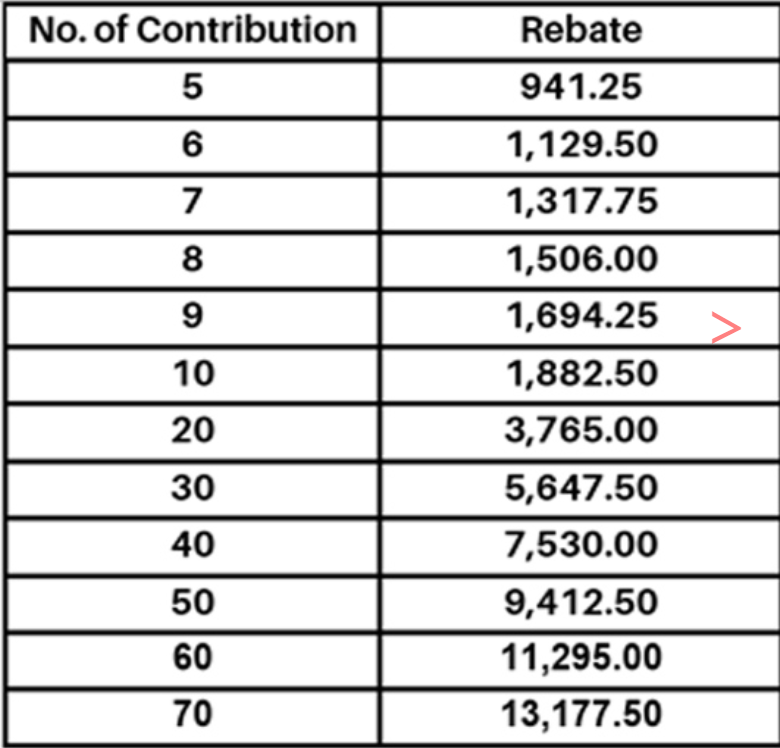 While the OWWA rebate is seen as a welcome relief for members who have never availed of any benefits, it’s not expected to be that much. OWWA instead urged its members to avail of its programs such as scholarship for beneficiaries/dependents or benefits such as medical and disability assistance.

According to Section 54 of Republic Act No. 10801 or “OWWA Act” a rebate or some form of financial assistance may be granted to eligible OWWA members for at least ten years and not availed of any service or benefits from OWWA.

“In recognition of the contribution of long-time members to the OWWA Fund, the OWWA shall develop and implement a program for the grant of rebates or some form of financial assistance to OFWs who have been members of the OWWA for at least ten (10) years and who, along with their families, have not availed of any service or benefit from the OWWA. The provision and the amount of rebates shall be based on actuarial study commissioned by the OWWA for this purpose.”

Why Many OFWs Are Mad Despite OWWA’s Efforts

6 Steps on How to Claim Your OWWA Rebate