OFW in Sydney Slams Sen. Hontiveros in Her Own Forum

A Filipino woman based in Sydney, Australia have expressed displeasure with how opposition politicians in the Philippines try to project the image of the Philippines to the international community, in a meeting with Akbayan senator Risa Hontiveros.

In a gathering of Filipino community leaders held at the office of the Philippine Consulate General in Sydney, Sen. Hontiveros was asked by a female member of the audience how they can help Filipinos abroad while there are politicians who are aligned with the senator who try to malign the country before the world.

The woman, who identified herself as Luwalhati, cited a recent statement of the senator demanding that the United Nations allowed to come to the Philippines and investigate reported extrajudicial killings in the country.

“Where is the honor in that? How can we be honorable when we malign our own community, our own people and suggesting that there are crimes going on done by the government against its own people?” Luwalhati asked Hontiveros, adding that it is unfair for OFWs all over the world who do their best to improve the image of Filipinos and the Philippines before the international community, yet elected officials like her try to bring the country down. 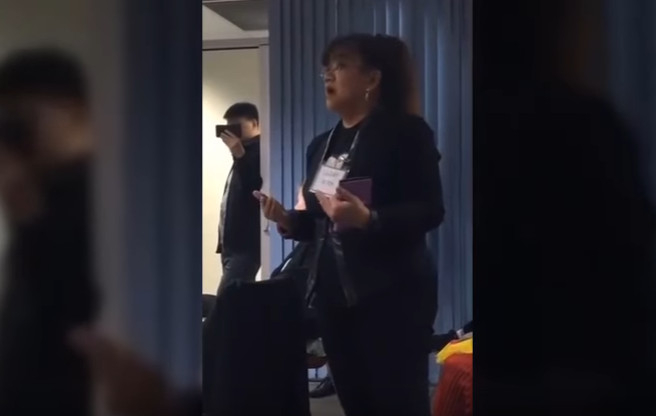 “You’re a senator so people will listen to you whether we like it or not, so how can we change the image [of the Philippines]if there are people who keep on destroying it,” she said.

Hontiveros responded that she only urged the government to invite UN representatives to visit and investigate, not demand that they be allowed to enter the Philippines.

Hontiveros, who is part of the minority bloc in the Philippine Senate, explained that she made the call for the government to invite the UN representatives because of the Duterte administration earlier claimed that the international community had been misled on the real score in its war on drugs.

“So that was the spirit of my statement urging government [to issue an invitation]and with all due respect also I’m not maligning [the government], it’s an attempt as a legislator to call the attention of the executive,” she pointed out.